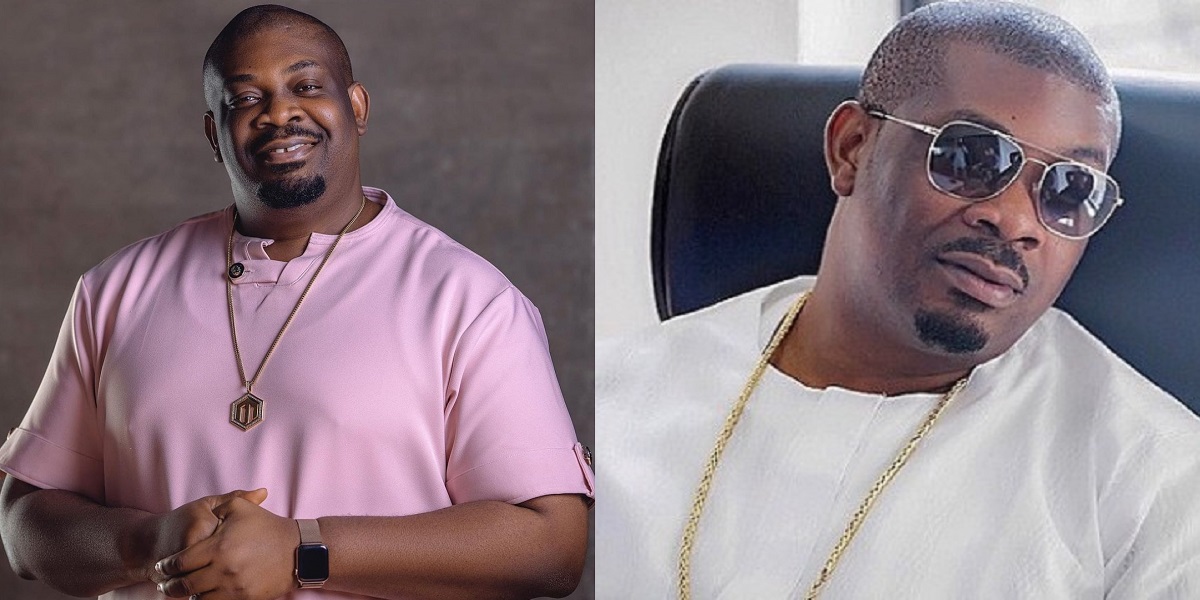 
Popular Nigerian singer and music executive, Don Jazzy, has said that he can’t be committed to only one woman.

The Mavin boss stated this in a recent interview with media personality Nedu and his crew on the “Honest Brunch” podcast, acknowledging that he isn’t the kind of man to stick to one woman.

He noted that although that part of him may change when he meets his soulmate, for now he can’t be with only one woman.

“I wouldn’t be able to process the fact that if I like this person every other person should go to hell. As at now, in my life, when that butterfly hits me like it hits you people when you fall in love, maybe I will then say every other person is f*cked and this is who I like”. He said.

Meanwhile, Don Jazzy has highlighted the qualities he expects to see in a woman before he can consider marrying her.

According to the Mavin boss, before he can consider getting married to a lady, she must be understanding and calm in nature.

Don Jazzy, who noted that being calm is a big deal for him in a relationship, noted that some ladies can be natural troublemakers who play fights with their lovers just to spice things up in their relationship.

He further stated that play fights and unnecessary drama are major turn-offs for him.

“Understanding, calmness, I don’t want troublemakers at all”. He said in part.