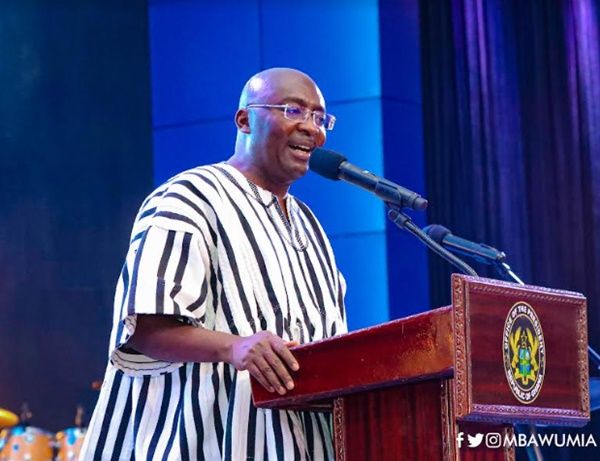 
A professor of history and political studies at the Kwame Nkrumah University of Science and Technology, Professor Samuel Adu-Gyamfi,says Ghana’s Vice President, Dr Mahamudu Bawumia, possesses a power of personality that extends beyond the confines of his party.

Professor Adu Gyamfi, speaking on the state of the NPP Presidential primary, said Bawumia is in control of the race due to his transcendent personality whilst former Trade Minister Alan Kyeremanten and other candidates play catch-up.

The professor made his comments during an appearance on TV3‘s Midday Live on Friday, January 6.

Reacting to the resignation of Trade and Industry Minister, Alan Kwadwo Kyeremanten, Adu-Gyamfi said the Minister should have resigned earlier because Bawumia has an iron grip on the primaries.

Professor Adu-Gyamfi said the Vice President has a personality that transcends the party, adding he has put in tremendous grassroots work.

He cited Bawumia’s frequent visits to various churches and mosques as part of his outreach.

Recently, the Vice President was in the news for refurbishing the historic Tamale Central Mosque.

Bawuwmia funded the renovation of the ground floor, second and third floors, the minarets, the penthouse, lighting, painting, and other works.

He was mobbed after returning to Tamale to officially hand over the finished project to the mosque’s authorities.

This points towards the Veep’s veneration of the needs of the religious community, which is also reflected in the time he spends as a special guest at numerous church programs, all of which undoubtedly informed the Professor’s analysis.

Professor Samuel Adu-Gyamfi is the first trained Social historian of medicine from the Kwame Nkrumah University of Science and Technology (KNUST), Kumasi-Ghana.