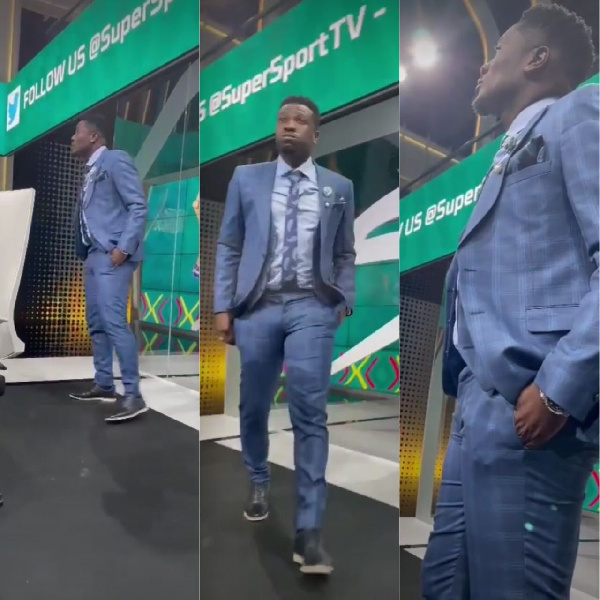 Black Stars legend, Asamoah Gyan was left frustrated after Ghana’s draw against Gabon in the African Cup of Nations on Friday, January 14.

Gyan looked dispirited in a video posted on Instagram by Mozez Praiz who was a pundit for the game alongside the Ghana legend on Super Sports.

Captain, Andre Ayew put the Black Stars in the lead against the Panthers after 28 minutes of action.

But a 90th minutes goal by substitute Jim Allevinah draw Gabon level and thus earned the Panthers a vital point in the Group C fixture.

Speaking after the match, Ghana’s all-time top scorer could not hide his disappointment.

“I’m upset! This (draw) is a loss to us. We (Ghana) should have won this game.” He said on Super Sports

“I’m not happy, we deserved the three points but I think we lost a bit of concentration and conceded a goal in the last minute. We cannot keep on conceding goals in the latter stages of the game,” he added.

Ghana following the draw will need a win against Comoros in their last group game and hope to qualify for the last 16 stage as one of the best third-place teams.

The Black Stars will play the debutants on Tuesday, January 18.