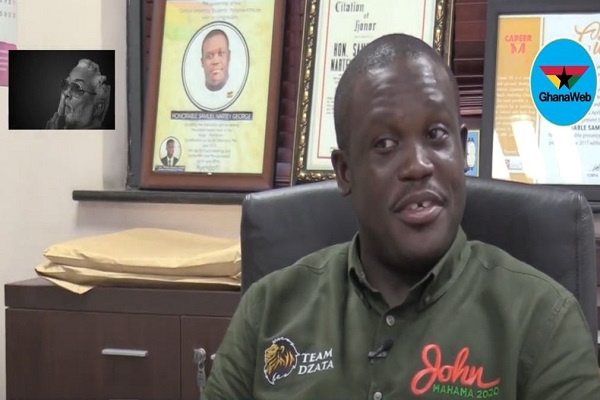 Ghanaians call out coach of the Black Stars

A host of Ghanaians including the Member of Parliament for Ningo Prampram, Sam George have stated that the Black Stars coach, Milovan Rajevach has no plan when it comes to leading the team to win the 2021 African Cup of Nations (AFCON).

The Ghana national team which were tagged as underdogs for the program have lived up to that billing with just a single point in their opening two matches.

On Friday, they came up against the Panthers of Gabon at the Ahmadou Ahidjo Stadium in their second Group C fixture but drew 1-1. This came after Morocco defeated them by a lone goal on Monday, January 10.

Many have blamed the coach of the Black Stars, Milovan Rajevach popularly known as Milo for his poor tactical performance especially when it comes to substitution.

The MP for Ningo Prampran on Friday was left heartbroken when Gabon equalized at 88 minutes despite Ghana’s early goal from captain André Dede Ayew.

Football lovers were expecting a win from the team to increase their chances of qualifying to the next stage of the tournament.

Rating Friday’s match, Sam Nartey George noted that the coach was not fit to handle the senior national team due to his underperformance so far.

“This Milo has expired. FDA has to issue a statement walahi,” Sam George wrote in a tweet dated January 14.

Broadcaster, Nana Aba Anamoah who has been rooting for the Black Stars across all social media platforms blamed Milovan Rajevach for the team’s woes.

She wrote: “He’s now bringing on Fatawu Milo is not a coach. Apuuuuu.”

The Ghana Football Association in September last year named Milovan Rajevach to take over from coach Charles Akonnor as the new Coach for the Black Stars.

Below are some reactions on Milo’s performance at the 2021AFCON

This Milo has expired.

???? I asked Milo Rajevac why he makes subs after conceding when he could have been proactive.

“We have the players we have at our disposal. As every coach, sometimes feel I feel players can be injured or something. So I take those decision as I feel, and I stand by them.” pic.twitter.com/MH4Zlscnnw

????Going back to your ex never works nor ends well! and Coach Milo and this Black Stars proving it #TeamGhana

Ghanaians right now ???? . Milo and his Black Stars cause am pic.twitter.com/dqhq4qGTXS

The E-levy is contained in the 2022 budget statement of government Finance Minister, Ken Ofori-Atta,…