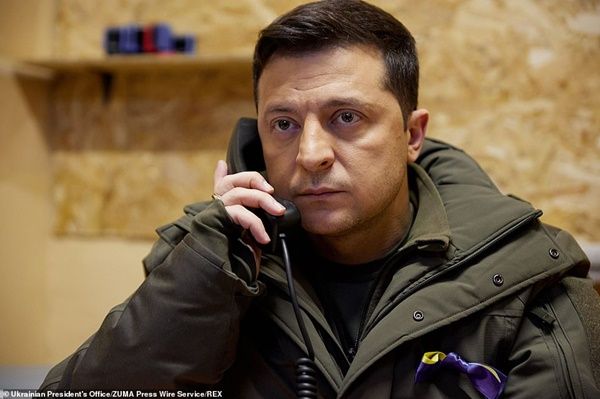 In a tweet, the Ukrainian president said they discussed food security and the Grain from Ukraine initiative – a humanitarian programme to get Ukrainian grain to countries with acute food shortages.

Mr Zelensky said they also spoke about the creation of grain hubs in Africa, and agreed to enhance cooperation between the two countries.

The Ukrainian president also thanked Kenya for its support and “constructive cooperation in the UN” amid the war in his country that began after the Russia invasion in February last year.

The Kenyan presidency has not issued any statement regarding the Thursday talks.

Kenya made its opposition to the Russian invasion in a speech at the UN Security Council soon after the war began.

In September, Mr Ruto said he was committed to playing a leading collaborative role at the global level in solving the crisis in Ukraine.