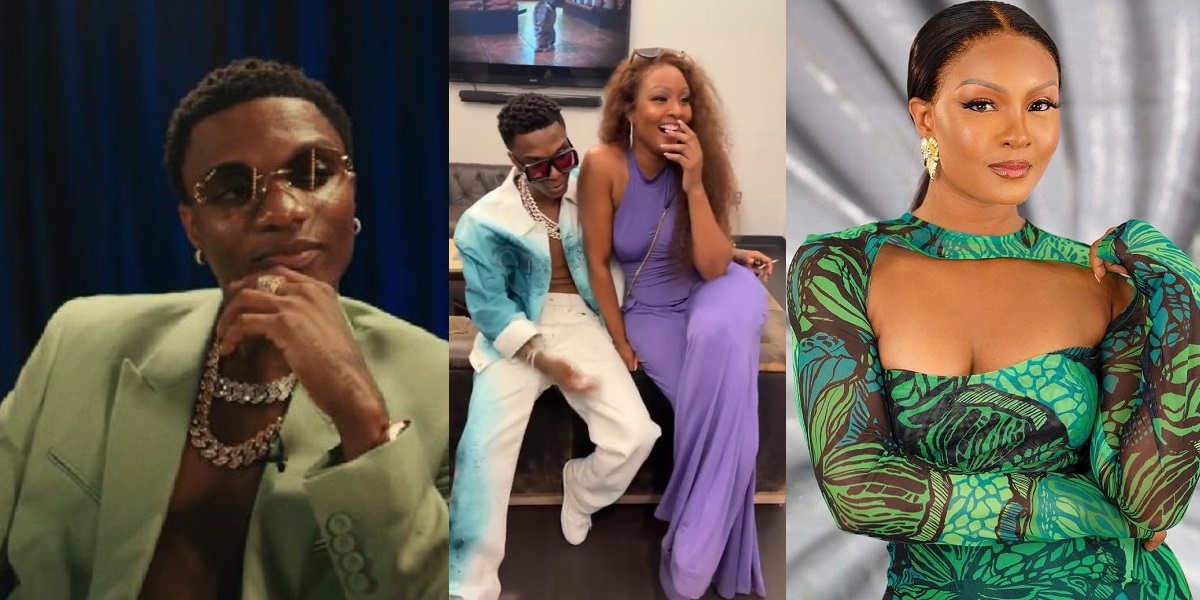 
A video making rounds online shows Nigerian music superstar, Wizkid, and award-winning actress, Osas Ighodaro, having a chat in a suggestive position and it has caused a buzz online.

After the show, the pair were having a casual conversation backstage when Wizkid seemingly cracked a joke which left Osas, a mother of one, reeling with laughter.

She posted a 4-second clip of the chit-chat on her Instastory and it has since set tongues wagging on social media.

Netizens couldn’t help but wonder what Wizkid told her in the video, and others pointed out that he conspicuously placed his left hand on Osas’ waist.

While some others shared their thoughts on the display between Wizkid, who recently welcomed a child with his ‘wife’, Jada Pollock, and Osas, a divorced mother of one.

Watch the trending video below,

Read some of the reactions below,

A while back, Osas Ighodaro dismissed rumours that she’s in a romantic relationship with music icon, Wizkid.

The Nigerian American actress, who made clarification on her relationship with the Grammy award winner on the Off Air show with Gbemi and Toolz, said they are platonic friends.

Reacting to a viral video of her on her date with Wizkid that sparked dating speculations between them, Ighodaro said that contrary to what many people may think, Wizkid has never made any moves on her. Watch the interview here