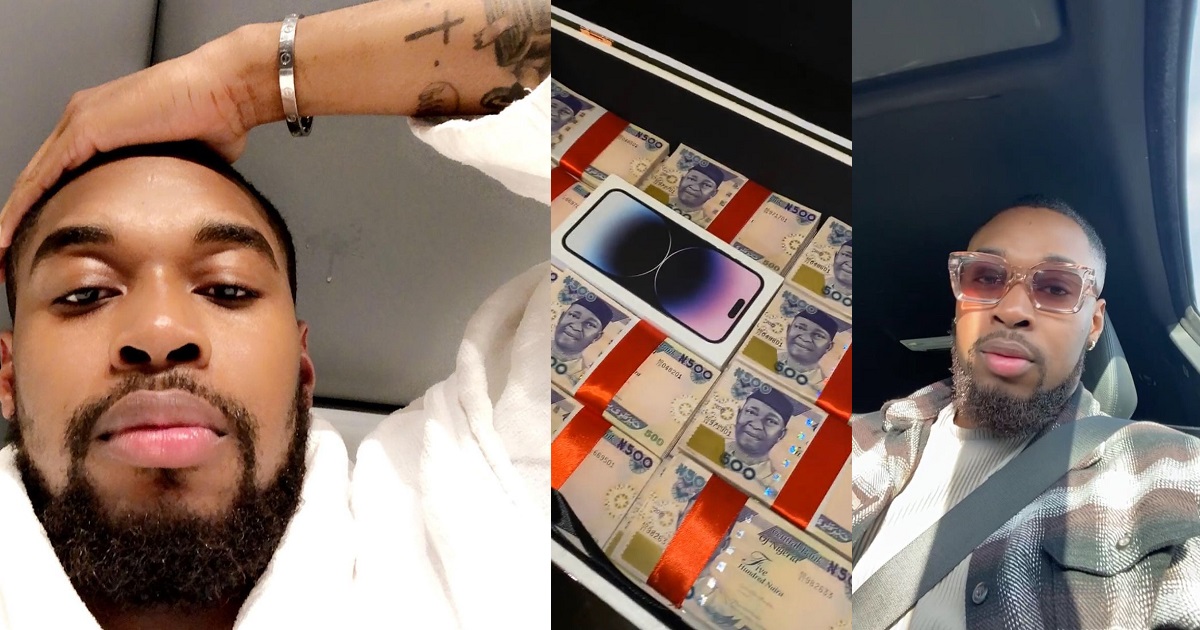 
Evicted Big brother housemate, Sheggz Olusemo, popularly known as Big Sheggz has been showered with a lot of love from his fanbase, Sheggz Fc after spending nine weeks on the game show.

Big Sheggz made it through nine weeks in Big brother’s house and was able to amass a lot of fans who defended him throughout his stay in the house and did not stop with the love after he got out. They gifted him 2 million naira in cash and a brand new iPhone 14 to appreciate him for entertaining them and making them fall in love with him.

The controversial housemate expressed his surprise at the love and support he received from fans because he never expected people to love him. He was certain that after all the altercations he had gotten into in the house he would be misunderstood by Nigerians who have never experienced a man like him.

The Big Brother Naija show which is running for it’s Seventh season, will come to an end on Sunday.