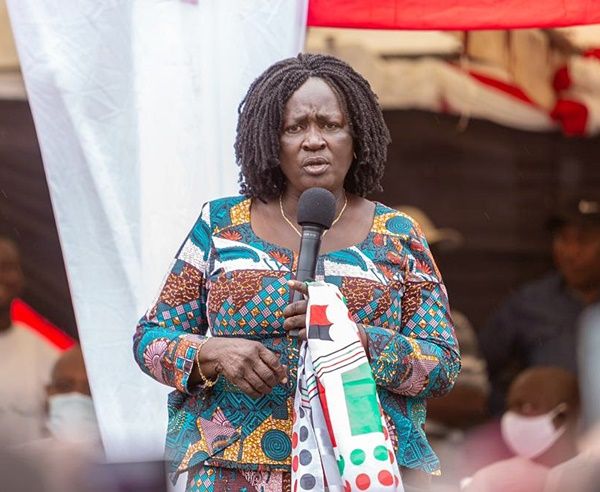 
Running mate of NDC’s 2020 Flagbearer, John Dramani Mahama has given a subtle hint of what she intends to bring on board in 2024 when the country goes to the polls to vote.

Prof. Jane Naana Opoku-Agyemang, speaking to TV3, during an interview on the sidelines of a ceremony held at Wesley College in the Ashanti Region indicated that, her plans which were outlined in the National Democratic Congress’ 2020 manifesto remain clear and standing.

“The 2020 manifesto, it’s all there,” was her response to a question posed by a TV3 reporter who sought to find out what she was bringing on board in 2024.

It will be recalled that in the NDC’s ‘People’s Manifesto’ in 2020, the then-running mate, Prof. Opoku-Agyemang pledged her unflinching support to John Mahama and to the party, to ensure a win subsequent implementation of its policies if it won power.

“Having worked closely with H.E. John Dramani Mahama as former Minister of Education, I know he is a man of vision, a leader we can trust, a public servant of integrity, and a courageous leader who makes the right decisions in the national interest at all times. I pledge to apply myself diligently and to dedicate all my energies and intellect to ensure a resounding victory for the NDC and for our country, Ghana. With God on OUR SIDE, VICTORY IS OURS!” she noted in page 8 of the manifesto.

Whilst her recent comments may suggest her intents to contest again as the John Mahama’s vice in the race for the 2024 presidential elections, questions have emerged about whether or not the party’s 2020 flagbearer intends to retain her or replace her with another of the potential names that have emerged.

Meanwhile, some names have emerged as possible candidates to take the position of Prof. Opoku-Agyemang if she is replaced.