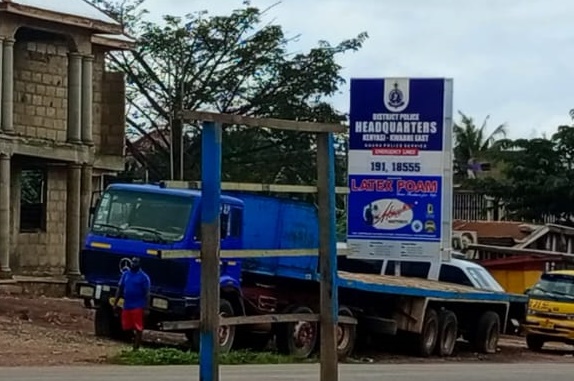 
Police in the Ashanti Region have impounded over 500 bags of fertilizers meant for cocoa farmers.

The fertilizers were said to have been brought to the Ashanti Region from Goaso in the Ahafo Region.

Citi News understands the consignment was seized by officers at the Kenyase District Police Command in the Kwabre East Municipality of the Ashanti Region.

According to sources, police upon a tip-off on Friday, August 26, 2022 followed up and confiscated the items and kept them at a shop at Achiase-Jamasi near Kenyase.

Information available to Citi News also indicates that one person whose name was given as Shaibu Amadu a 42-year-old was arrested by the police to assist in investigations.

The suspect, according to sources, was later granted a police enquiry bail and has been asked to report to the police to further assist in investigations.

The fertilizers are currently in the custody of the Kenyase District Police Command as investigations continue into the matter.

Share. Facebook Twitter Pinterest LinkedIn Tumblr Email
Previous ArticleBritney claims her conservatorship was SET UP and insists she had no drugs or alcohol in her system
Next Article Jennifer Lopez Is Spoon-Fed By Obliging Husband Ben Affleck As The Newly Married Couple Dine | News