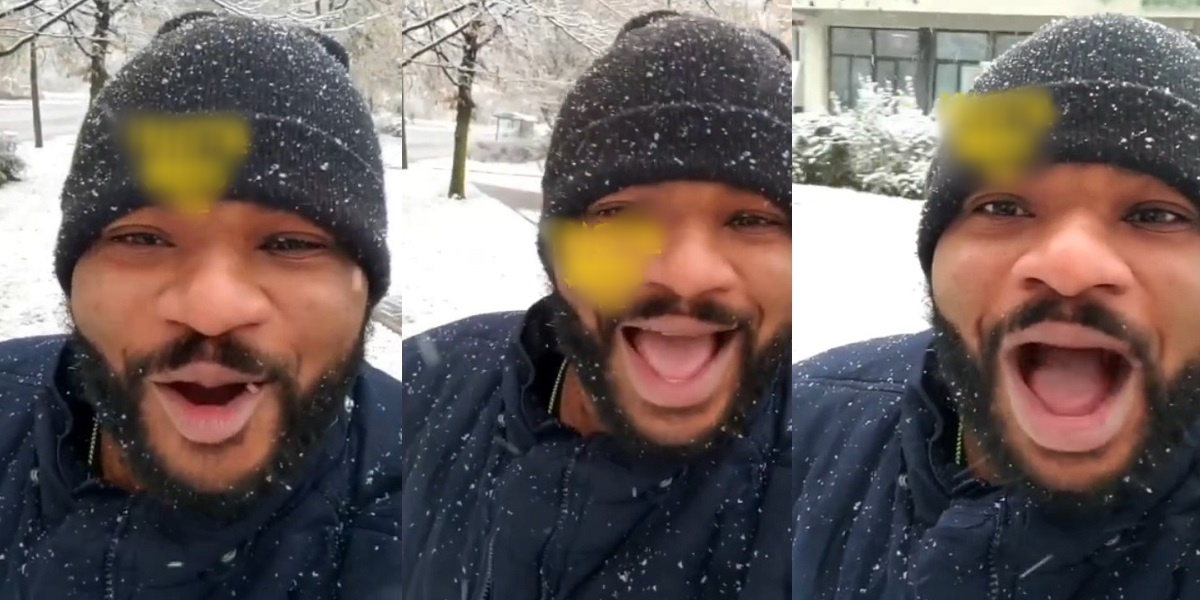 
A video of a Nigerian man expressing his joy and excitement after seeing snowfall for the first time in his life has gone viral online.

The young man, who recently relocated to Poland, could barely hold his emotions after witnessing snow fall in the European country and filmed his reaction.

In the viral clip, the boisterous man demonstrated his utmost happiness to see snow fall from the snow and pleaded with it to keep falling on him.

He is seen talking excitedly about the snow as he played around and showed off his environment covered in snow.

The man’s display of excitement has sparked lovely reactions online as netizens shared their thoughts about it.

Read some comments below,

@owo_dada wrote, “The way this guy is happy I don’t think he will ever return back to Nigeria🤷‍♂️”

@rhodiesfashionstore wrote, “HIS GUYS JOY IS GIVING ME JOY. Naija has lost a citizen. His never coming back again.”

Another Instagram user said, “I can imagine…even white people in UK would do the same if they visit some Eu countries 😁😁 Welcome brother!”

Just recently, another Nigerian lady, identified as Precious Kolawole, tool to social media to show her exhilaration after seeing snow for the first time in her life. ICYMI