“How can a minor consent?” – Man accuses Abuja hospital of harvesting and selling his 17-year-old brother’s kidney (video) 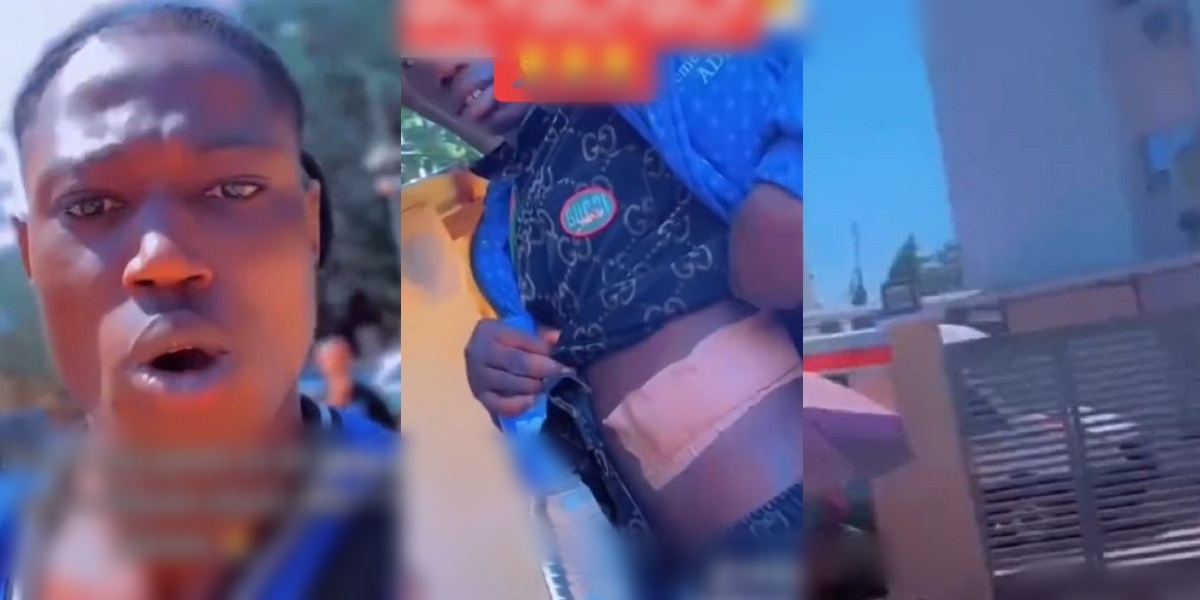 
A young Nigerian man has accused a hospital in Abuja, the Federal Capital Territory, of harvesting his 17-year-old brother’s kidney.

The aggrieved man who called out the hospital in a trending video is seen ranting in front of the facility and threatening legal action.

According to him, his brother is a minor and cannot consent to organ donation.

He also posted a video of the brother showing off the scar from the alleged kidney removal.

In other news, a final-year student of the Federal University of Kashere (FUK), Gombe State, identified as Nalkur Zwalnan Lar, has committed suicide.

Zwalnan Lar, a faculty of education student at the institution, is reported to have ended it all over being broke despite having a rich father.

It was gathered that he initially took poison, but after it didn’t give him a fast result, he hung himself on a tree.

According to the Daily Trust, Lar left behind a suicide note in which he thanked his elder brothers for “everything they have done for him” and urged his mother, whom he described as “the best mother on earth,” to “take it easy with herself.”

He mentioned the names of people to whom he owed money and detailed how they may get their money back.

In the note, he stated that he doesn’t know the meaning of life as he can’t afford a smart phone of N50,000 despite having a wealthy father.

He also tendered apology to some persons simply identified as Favour and Comfort.

Confirming the incident, FUK’s Head of Information and Protocol, Suleyman Malami Ahmed, said the university would make details of its investigation public after its been concluded.

Share. Facebook Twitter Pinterest LinkedIn Tumblr Email
Previous ArticlePensioner refusing to knock down £500k bungalow he illegally built is being taken to court
Next Article Poland-based Nigerian man overwhelmed with joy as he sees snowfall for the first time (video)