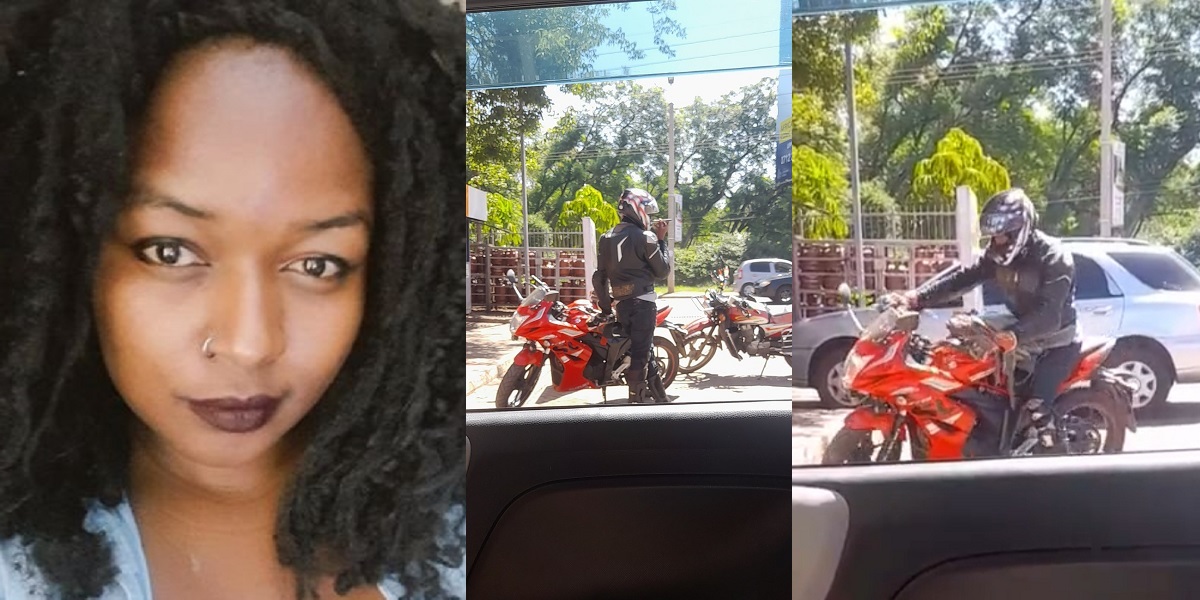 
A Kenyan lady has received a heartbreaking response after she publicly professed love for a random man she spotted on a power bike.

The lady, identified as @wairishhh_ on Twitter, had taken to the microblogging platform to shoot her shot at the young man whom she met at a gas station.

She disclosed that the man locked eyes with her at the gas station but didn’t attempt to woo her, so she decided to take matters into her own hands by launching a public search for him on Twitter.

She posted a photo and a video of the man on his power bike, and said she loved everything about him including his looks and physique, and added that she wants to be “ridden” by him.

“Saw this biker..and I just thought he looks so damn sexy in those jeans…how he walks..his poses..whoever you are..saw you at ola energy parklands..you looked at me didn’t say a word

Just know I think you look so fine😍nice body..

Akhi most of them are short
Anyway hi plis 😍😍 I want to be ridden..”

A man, who claimed to be the bike riker, came across her tweet and acknowledged that he indeed saw her at the gas station but unfortunately for her, he said he purposely ignored her because he’s happily married.