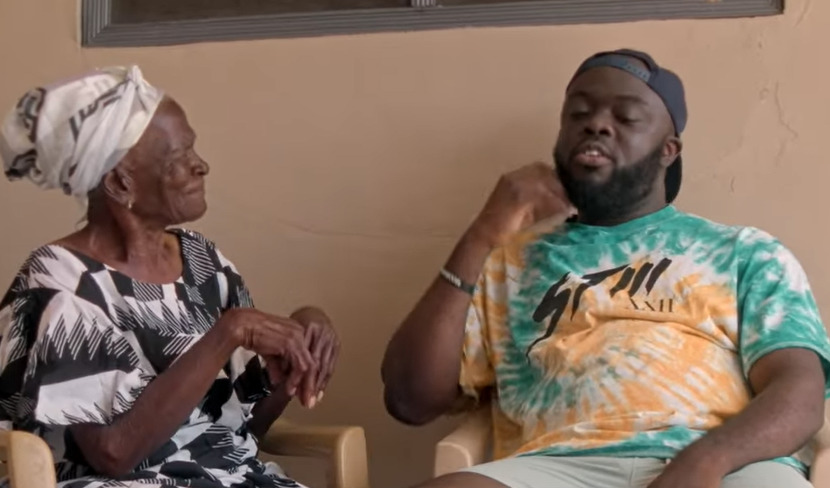 He has been giving people a lot of great content on his various social media pages ever since his break-through in the last two years and it is pretty obvious Ghanaians and the world love what he has been doing.

READ ALSO: Hajia4Reall Breaks Silence Amid Reports About Her Arrest In The UK?

Well, his works plus a few others as content creators have been seen by BBC Africa News, who decided to put the spotlight on them in a new documentary titled Social Media Money In Ghana.

According to the BBC, the documentary is centered on the struggles of being a content creator in Ghana and also how these content creators struggled to make some money for themselves in an economy that is begging on its knees to be saved.

READ ALSO: Don’t Rush Into Marriage, It Is A Cage – Brother Sammy

Following this feature and the revelations he made, Kwadwo Sheldon took to social media to heap praises on his grandmother who nurtured him to become the man he is today.

Sheldon disclosed that her granny at a point in time had to sell her clothes just to get money for him to register and write his BECE simply because she was not getting enough money as a peasant farmer.

The young entrepreneur disclosed that she decided to feature her in this documentary as his way of showing his appreciation.

She sold her cloth so I could get money to pay for my BECE registration.. I put her on the BBC! Adwubi raised a legend! Thank you grandma! pic.twitter.com/tof36ak8IW