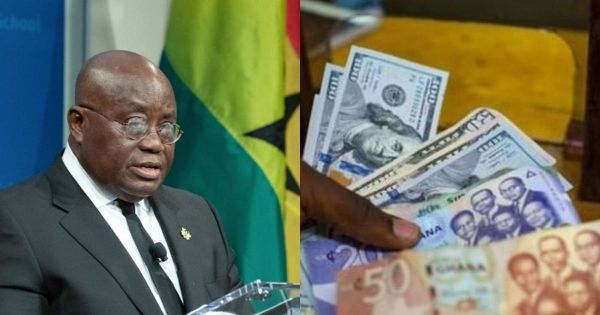 The President recounted measures his government is taking to address the cedi devaluation and restore the economy.

The President, in giving assurance to the public of the government’s commitment to resolving the economic hardships, went proverbial.

The quote has since gone viral spreading across social media, broadcast and print media.

Explaining the President’s speech, the Information Minister, in an interview with Kwami Sefa Kayi on Peace FM’s ‘Kokrokoo’ discussion programme Monday morning, stated that the President’s ‘sika mpɛ dede’ quote was in reference to speculations on the impact of the cedi depreciation.

He noted that some people are spreading false information that people who have their investments with the banks risk losing them, thus resulting in fear and panic.

So the quote by the President, he added, is to invoke calm.

“I think the President said that in reference to the speculation issue. If we don’t let the real purposes for currency trade work and we create panic in the system with people making social media audio that you should remove your money from the bank or else this will happen results in panic and then you will go to the banks and people are trying to do withdrawals to buy dollar because they have seen something on social media or sometimes, you will see news websites [otherwise well-respected news website] has done a story like it happened on Friday that if you have dollar, the government will seize it and give you cedi and that creates panic; so the point the President was making was all those things don’t help,” he said.

When asked why, of all the President said, this is what has most caught the attention of Ghanaians, the Minister responded; “For every address, there are takeaways.”