Inflation jumps to 23.6% in April …driven by surge in food, transport prices 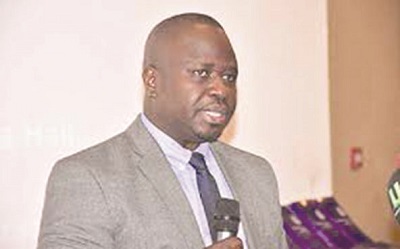 
The year-on-year inflation for April 2022 has surged to 23. 6 per cent compared to 19. 4 recorded in March this year, the Ghana Statistical Service (GSS) has said.

According to the GSS, the rise is a 4.2 percentage points higher than the rate recorded in March.

He attributed the increase in inflation to high cost of food prices which is the highest since January 2004.

According to Prof.Annim, four divisions, namely  transport (33.5 per cent), house equipment, Routine maintenance (28.5per cent) and food and non-alcoholic beverages (25.6 per cent) , and  Housing, Water,  Electricity, Gas  and other fuels  (25.0 per cent)  recorded  inflation rate  above the national average of 23. 6 per cent.

He mentioned that the food inflation for April 2022 which was 26.6 per cent was higher than both last month’s food inflation of 22. 4 per cent and the average of the previous 12 months of 13.5 per cent.

The Government Statistician said  all  15 food subclasses recorded  positive month-on-month  inflation  with  fruit  and vegetable juices  recording  the highest of 15.3 per cent.

He indicated that  non-food year-on-year  inflation on average went up again in April 2022  compared to March  2022  from 17.0 per cent  21.3 per cent adding that only one out of the 12 non-food divisions  had the12 months  rolling average  to be higher than that of April.

For  imported  goods,  Prof. Annim  said inflation rate was 24.7 while that of locally  produced  items  was 23.0 per cent  adding that “this is the first time in 29 months  that inflation for imported items  exceeded  domestic  inflation.