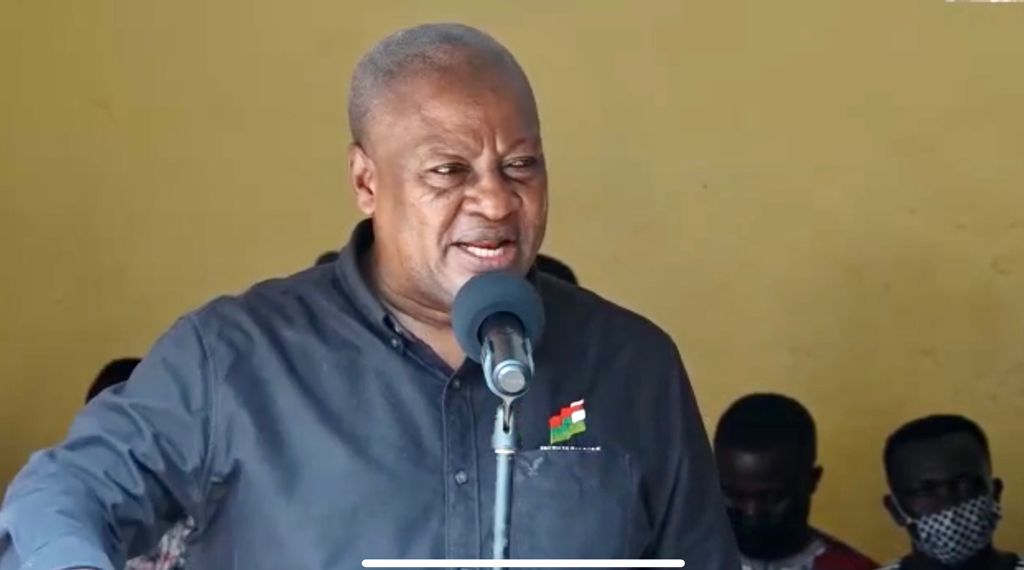 
Former President John Dramani Mahama has called for a change in the leadership of the country’s judiciary to repair what he describes as its broken image.

Mr. Mahama believes the current state of the judiciary has sunk so low that it has lost the trust and faith of the ordinary person.

“So badly has the image of our Judiciary deteriorated that many of our citizenry openly make mockery of our justice system and of our justices. The phrase ‘Go to Court’ is these days met with derisive laughter, instead of hope that one will truly get justice”.

“There is therefore the urgent need for the Ghanaian Judiciary to work to win the trust and confidence of the citizenry, and erase the widely held perception of hostility and political bias in legal proceedings at the highest courts of the land”, the former President suggested.

There, he mentioned, the current leadership of the Judiciary lacks the qualities to redeem its sunken image, hence the need for a new Chief Justice.

“Unfortunately, we have no hope that the current leadership of our Judiciary can lead such a process of change. We can only hope, that a new Chief Justice will lead the process to repair the broken image that our Judiciary has acquired over the last few years”.

At the program, the National Chairman of the party, Samuel Ofosu Ampofo lamented that members of the party have come under a lot of injustices in the last few years.

Samuel Ofosu Ampofo said the strongholds of the party have been a target of these unmerited attacks.

He cited the recent incidence at Manya and Yilo Krobo as clear examples of his claims. He called on the legal practitioners in the party to avail themselves to fight the injustices.

“There have been issues of human rights abuses which are targeted at some of our people in our strongholds. The recent ones are what happened in the Yilo and Manya Krobo areas. Military officers were deployed to the area to unleash violence and brutalities on these innocent people. The narration from the people is most unfortunate, to say the least. These are strongholds of the NDC, and I think we have to send teams to support.”