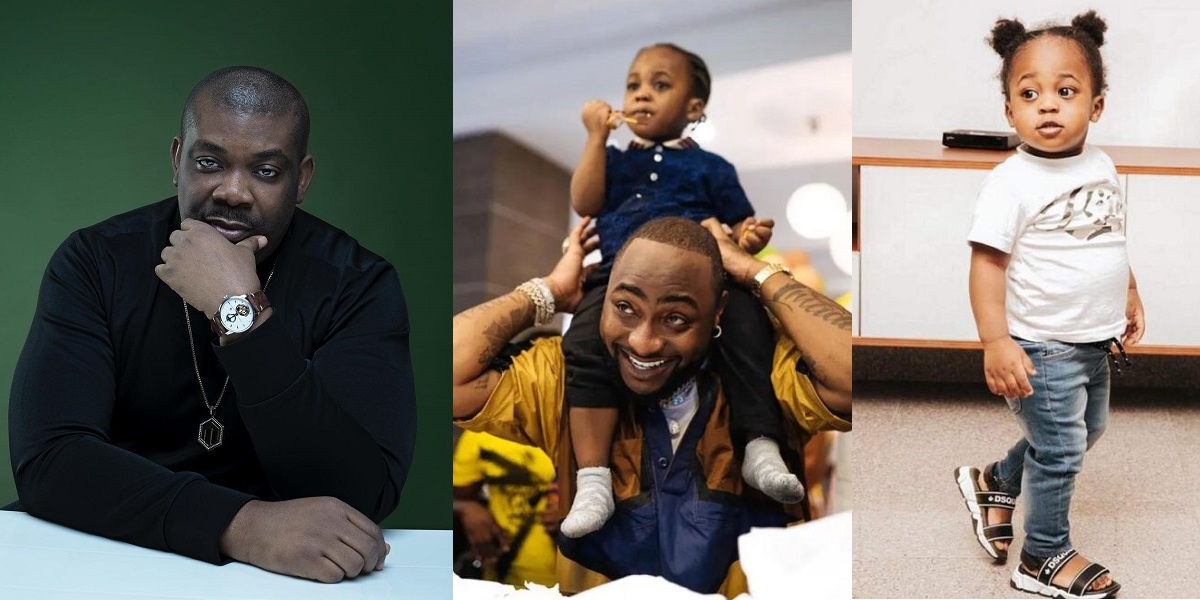 
It has been a gloomy day on Nigerian social media after the tragic death of Nigerian singer and music executive, Davido’s son, Ifeanyi Adeleke made headlines at the start of the day.

Netizens were thrown into mourning and disarray after the news first broke that the singer had lost his son with his fiancée, Chioma, Ifeanyi to the cold hands of death.

Davido’s three-year-old son died on Monday night after he drowned in a swimming pool in the singer’s home in Banana Island, Lagos state.

The news of Ifeanyi’s death shook Nigerian cyberspace to the core, with many heartbroken by the tragic incident.

A handful of celebrities have since taken to social media to mourn the death of the singer’s son and have sent out heartfelt messages to try and comfort the singer and his family.

Nigerian music producer, Don Jazzy took to his page moments ago to say a prayer in light of all that’s happened.

Don Jazzy as well, lost a loved one earlier in the year. He announced the death of his mother in an Instagram post with a photo of the mom.

“I lost my sweet mother this morning. The matriarch of our family. My supporter and backbone @indianpicolo.”

“I am beyond devastated. I have never felt pain like this in my life but I am consoled by the good life she lived. She was loved by everyone that ever met her.”

“She was so strong till the last minute for us even while she battled with cancer.”

“I have never typed a more difficult caption in my life. Please pray for our Mums soul to Rest In Peace and for strength for my dad, my siblings, her grandchildren and our entire family to bear this loss.”

Share. Facebook Twitter Pinterest LinkedIn Tumblr Email
Previous ArticleMatt Hancock will share I’m A Celeb camp with Charlene White who lost loved one to Covid
Next Article “Get off my page!” – Comedienne, Princess blows hot after she was dragged for not condoling with Davido (video)