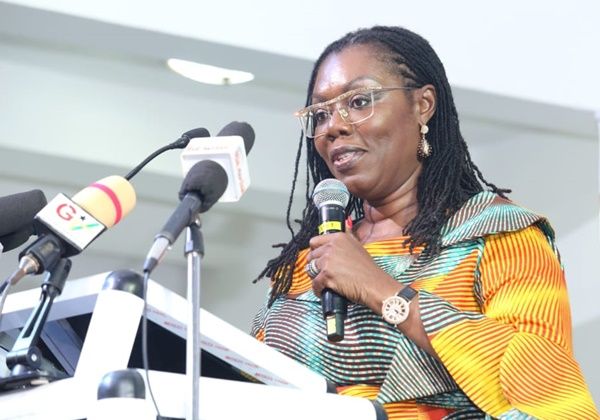 
The government is committed to build 2,016 cell sites across the country to boost economic growth and development, particularly in deprived communities through her Digitalisation and Information and Communication Technology (ICT) agenda.

Mrs Ursula Owusu-Ekuful, the Communication and Digitalisation Minister said on Tuesday when she inaugurated a rural telephony facility for the Adiemra community in the Dormaa East District of the Bono Region.

She said to accelerate and expand access to ICT and internet services as a platform to drive its educational agenda and create employment/business opportunities, especially for the youth, 738 cell sites had been built in rural communities deprived of rural telephony facilities nationwide.

Mrs Owusu-Ekuful said within eight years of the previous late Mills-Mahama regimes, only 78 of the cell facilities were installed but through an arrangement by the Akufo-Addo government on one side, MTN Ghana and Huawei, a Chinese telecommunication and technology company, discussions were held for measures and strategies to increase the number of cell sites.

She said between 2017 and 2019 Ghana Investment Fund for Electronic Communications (GIFEC) and the two companies collaborated to provide 104 cell sites, she said, adding that within the last five years the government had been able to build a total of 1,158 of those networks.

“We hope to achieve all of these by next year to meet targets for the rural telephony and digital inclusion for four million people. Twenty of the project is in the Bono Region”, Mrs. Owusu-Ekuful said.

“It will among other things promote quality healthcare through telemedicine in deprived and less endowed communities, agriculture, build entrepreneurial skill and provide enabling environment for local economies to thrive enormously” she emphasized.

The Minister promised to furnish six existing computer laboratories in the District with computers after Mr. Emmanuel Kofi Agyemang, the District Chief Executive (DCE) had made a request, with an explanation that 10 of such laboratories were needed by the District.

She stated that to promote accessibility of ICT education, computer keyboards had been developed in the Bono, Ga, Twi, and other languages to make it user-friendly for native speakers who have an interest in learning ICT.

Mrs. Owusu-Ekuful announced 35 out of 1000 ICT laboratories had been provided in the Bono Region through the girls in ICT education programme, while 1000 teachers had received training in that discipline.

“In the ICT competition, ICT laboratories will be built in the schools of first 20 excellent students”, she announced and added that 1000 students had already benefited and another 100 who would do well would get individual digital Ghana branded laptops computers.

Mr Agyemang, the DCE praised the government for providing similar projects at Amanfe, Kofibour and Kyenkyenas communities, adding there were five other communities left to benefit from while three others in progress were nearing completion.