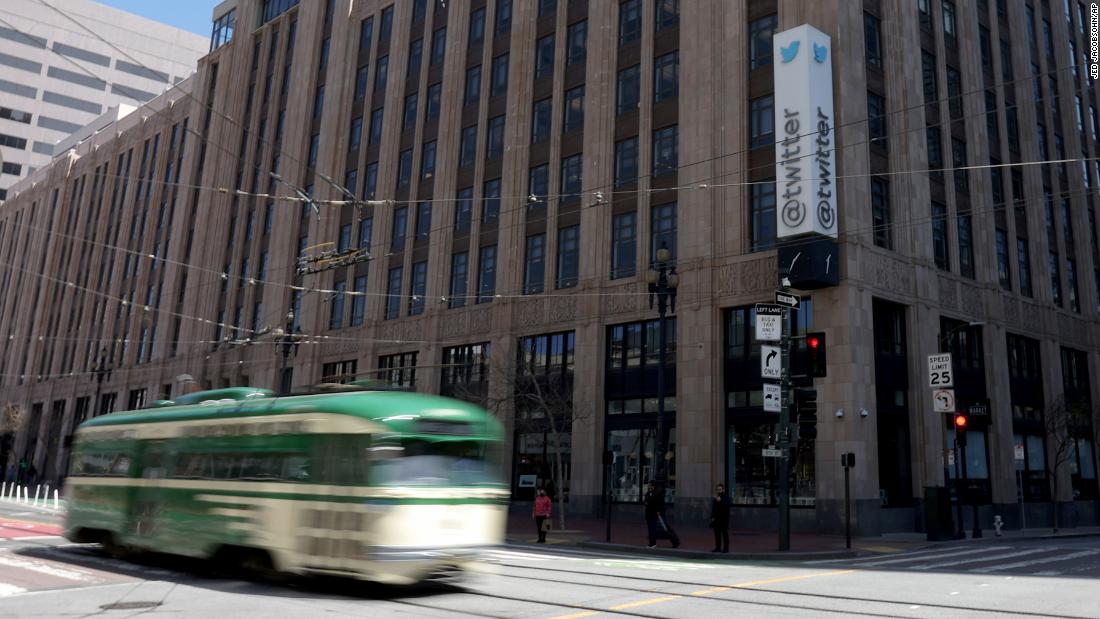 Share
Facebook Twitter LinkedIn Pinterest Email
Three of the most honest words in journalism are “I don’t know.” The words are mighty useful right now, as the entire tech and media universe digests the ever-unpredictable Elon Musk’s uncanny deal to take Twitter private. What will Musk do? What will Twitter become? I don’t know. No one knows. I suspect Musk doesn’t even know.

So whether the best era of Twitter is about to begin, or whether this is the beginning of the end of the service, let’s be honest, no one knows. Here’s what we do know, in tweet-length bursts:

>> This deal “puts the world’s richest man in charge of one of the most influential social networks,” as CNN’s Clare Duffy and Donie O’Sullivan wrote.
>> It would “mark one of the biggest acquisitions of a tech company and will likely affect the direction of social media,” the Wall Street Journal’s team wrote.

>> Musk said his initial bid, $54.20 per share, was his “best and final offer,” and sure enough, that’s exactly what the Twitter board accepted 11 days later.

>> Nothing changes in the short term. The deal process will take several months. Musk may not take control of Twitter until the fall.

>> Musk has made certain pledges to users, including “making the algorithms open source to increase trust, defeating the spam bots, and authenticating all humans.” Now he will be held to those.

>> In the US, ideological reactions to the deal broke largely along predictable lines. A headline on the Wall Street Journal homepage put it this way: “Republicans Cheer Deal; Democrats See Perils.”

>> Regarding questions about whether Musk will reinstate Donald Trump’s account, CEO Parag Agrawal told staffers, “Once the deal closes, we will know what direction the platform will go.”

>> How was Twitter’s first quarter? The company will still report Q1 earnings on Thursday, but in light of the deal, there will not be a conference call for analysts.

>> “What does Musk think Twitter is for?” That’s what Casey Newton asked in his Platformer newsletter Monday night. “All we have to go on is a series of cryptic tweets and statements that are short enough to allow for wide interpretation.”

>> So: When will Musk elaborate on his plans? Will he do it through Twitter or through methods that allow for more detail and nuance?

>> Will Twitter employees want to work for Musk? Some reacted to Musk’s takeover “with shock and dismay,” The Washington Post’s Elizabeth Dwoskin reported. “Some tweeted tear-filled emoji and memes of people having emotional breakdowns, while others told The Post they were too in shock to speak.”
>> What will happen to Twitter’s current leadership team? At an all-hands meeting on Monday, Agrawal said he was “optimistic” about the future of the company, saying Musk “wants Twitter to be a powerful, positive force in the world, just like all of us.” But it is hard to imagine Agrawal staying put.
>> What will Jack Dorsey’s role be? On Monday night he tweeted that “Elon’s goal of creating a platform that is ‘maximally trusted and broadly inclusive’ is the right one. This is also [Agrawal’s] goal, and why I chose him. Thank you both for getting the company out of an impossible situation. This is the right path… I believe it with all my heart.”
>> What about Twitter’s HQ? The SF Chronicle’s Roland Li flagged the potential ramifications for the city since Musk has expressed “skepticism around remote work.”
>> How contentious will Musk v. Jeff Bezos become? As The Verge’s Richard Lawler noted, “Jeff Bezos is already testing Elon Musk’s commitment to free speech by trolling” Musk with some Monday night tweets about China…

— “Here’s a timeline of how this unfolded in a matter of about 20 days…” (CNN)
— Researcher Ethan Zuckerman: “I have no idea what Twitter will be like under Elon’s leadership and neither do you. But that’s the point.” Read his thread… (Twitter)
— “What can Elon do to make Twitter more valuable?” Peter Kafka sized up a number of suggestions… (Recode)
— Charlie Warzel sketched out three potential scenarios for Musk’s Twitter, including the “darkest timeline…” (The Atlantic)
— Katie Notopoulos wrote a letter to fellow Twitter addicts: “We crave the bad tweets, the bad takes, the ratios, the pile-ons, the quote tweet dunks.” She says “the truth is, it doesn’t matter what Musk does to Twitter. We’ll all still be here like the foul little goblins we know we are…” (BuzzFeed News)
— It’s hard to top that, but NBC compiled some of the day’s best memes… (NBC)
— “Liberals absolutely lose their minds about Musk’s Twitter takeover…” (Daily Caller)
— Matt Egan notes that the Trump SPAC is down 44% since Musk disclosed his stake in Twitter… (CNN)

Will Trump be back?

The short answer is that it is too soon to tell. Trump himself insisted to Fox in a story published Monday that even if he were permitted back onto the platform, he would not return and will opt to use his own Truth Social app. But it’s hard to see the former president, someone plainly addicted to Twitter, refusing an opportunity to use the platform if he were allowed. The question really is this: Will Twitter, under Musk’s ownership, reverse its decision to ban him? When it comes to free speech, Musk has made it pretty clear what direction he wants to take the platform…

>> Brian Lowry adds: “For what it’s worth, put me in the column of people who think that for conservatives who have been railing about being discriminated against on social media, Musk acquiring Twitter might wind up being a ‘Be careful what you wish for’ moment. And because there’s a marketing aspect to that concept of being victimized by Big Tech, it might be hard to let go of it, regardless of what changes the new ownership brings to the platform….”

Musk’s purchase of Twitter put a man best liked by Republicans in charge of a platform disproportionately used by Democrats. Musk’s net favorability (i.e. how much higher his favorable than unfavorable rating is) score in recent polling is about +50 points among Republicans compared to -10 points among Democrats. This is very different from earlier polling on the subject that showed little partisan gap in Musk’s appeal.

No doubt that Musk’s recent statements on loads of subjects (including negative comments about Biden) have caused a partisan rift.

The shifting opinions come just as Musk is about to take over the predominantly Dem-leaning Twitter. A Pew poll from last summer reveals that 67% of Twitter users lean Democratic compared to 30% who lean Republican. We’ll see if Musk’s purchase changes the #’s. Regardless, it’s important to keep in mind two things. One, Musk remains fairly popular overall with positive sentiments amongst those who hold an opinion outrunning negative by a 3:2 margin. Two, only 23% of Americans use Twitter, which makes it tiny compared to the 66% who use Facebook…

>> WH press secretary Jen Psaki: “As a general matter, no matter who owns or runs Twitter, the president has long been concerned about the power of large social media platforms…”
>> Columbia professor Emily Bell: “Taking a moment to think about how utterly crazy it is that in 2022 a company with a significant dataset of private and public communications, that has municipalities, companies and governments on the platform, can switch ownership with pretty much zero scrutiny.”
>> Twitter employee Edward Perez: “Most of us believe deeply that Twitter is much more than a tech platform; we have a deep responsibility to society. I hope our new owner gets that.”
>> New York Times columnist Kara Swisher: “The real story here amid all the ⁦Elon Musk of it all is how badly the business and also its stock has fared for such a high profile product. Musk simply saw that and took his shot.”

>> Analyst Michael Nathanson: “Twitter’s sale for $54.20 is final evidence that the idea of Twitter has been far more valuable than the actual long-run operations of Twitter!”

>> THR’s Alex Weprin recalls Musk saying that “when I was a kid, my favorite book was The Lord of the Rings.” Weprin says “Twitter may be the closest thing to magic when it comes to the flow of information, with all the world’s greatest minds, its most high-profile figures, and a cesspool of trolls, all sharing the same stage. Now Musk gets to be its wizard.”