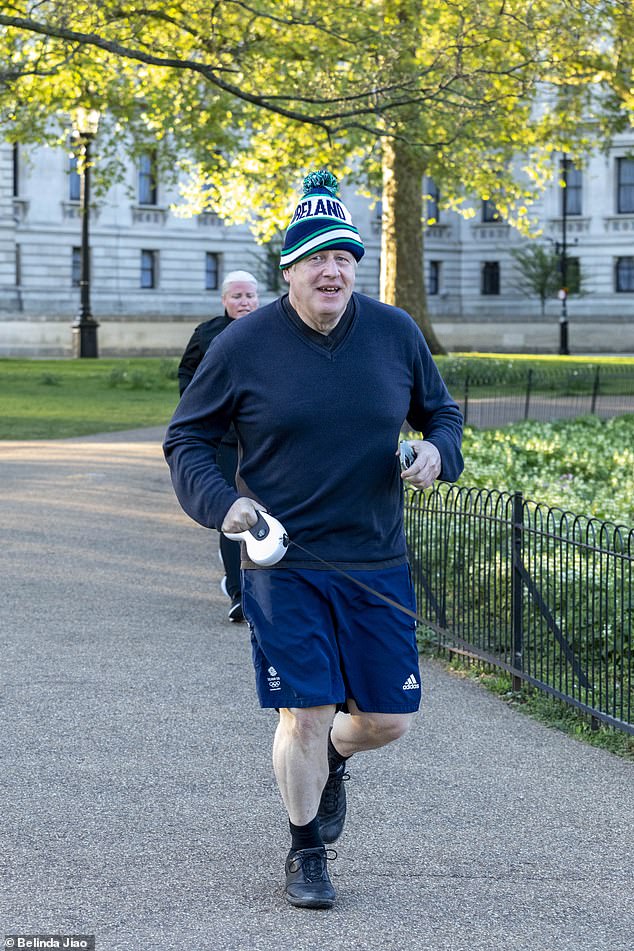 Boris Johnson will today urge the Cabinet to focus on the cost-of-living crisis as the government faces a backlash from struggling families.

The PM is gathering his senior team ordering them to ‘double down’ on finding ‘innovative’ ways to tackle spiralling prices of food and energy.

The session comes with just over a week until crunch local elections – and after grim figures showed almost a quarter of Britons are struggling to pay their household bills.

The Office for National Statistics also found that 87 per cent had noticed their costs rising last month – up 25 points since November.

Rishi Sunak has been facing huge pressure to come forward with a new package of support to help people cope, after his mini-Budget last month was criticised for not going far enough.

But the government’s room for manoeuvre is being severely hampered by the fallout from Covid and the Ukraine war, with figures today revealing interest payments on debt are soaring and borrowing has been higher than expected.

The headline CPI inflation rate is expected to spike in the coming months, with warnings it could even reach double figures

Mr Johnson will call on the Cabinet to bang the drum for existing support measures and help people into high-quality and well-paid work – but it is not clear there are major new measures in the pipeline.

And a No10 spokesman stressed that balancing the books is the priority. ‘High levels of public debt following the unprecedented support provided during the pandemic, together with rising inflation and interest rates, mean we must maintain control of the public finances rather than burden future generations with higher debt,’ the spokesman said.

Downing Street added that ‘private companies must play their part’.

‘Ministers won’t hesitate to crack down on unacceptable behaviour taking place within industry, where they are unfairly pushing up bills further for hard-working people,’ the spokesman said.

Ahead of Cabinet, Mr Johnson said: ‘With household bills and living costs rising in the face of global challenges, easing the burden on the British people and growing our economy must be a team effort across Cabinet.

‘We have a strong package of financial support on offer, worth £22billion, and it’s up to all of us to make sure that help is reaching the hardest-hit and hard-working families across the country.

Overall, 23% of adults found it very difficult or difficult to pay their usual household bills in the last month compared with a year ago

According to the ONS survey, 43% said they would not be able to save money in the next 12 months – the highest level since the question was first asked in March 2020

‘We will continue to do all we can to support people without letting Government spending and debt spiral, whilst continuing to help Brits to find good jobs and earn more, no matter where they live.’

However, Labour turned the screw by warning Britons are facing a £10billion hike in annual petrol and diesel costs, with ‘soaring’ prices putting the squeeze on working families.

The party reiterated its call for an emergency Budget to tackle the cost-of-living crisis, with a cut to energy bills funded by a windfall tax on oil and gas companies.

Actor Blossom Chukwujekwu has remarried. He is currently having his traditional wedding to his Edo…