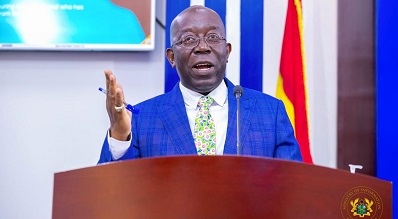 
Some beneficiaries of the Social Security and National Insurance Trust (SSNIT) have commended the Trustfor the 10 per cent increment of monthly pensions, which take effect from this month, January 2022.

The increment called indexation, according to SSNIT, is a technique used to adjust pensions in order to maintain the purchasing power of pensioners.

Contributors and pensioners who spoke to the Ghanaian Times  in separate  interviewsin Accrayesterday about the announcement , noted that though they expected a higher percentage increment, they were happy and motivated to continue their contributions.

They indicated that the increment would go a long way to assist pensioners in a better way, adding that such increment should be done regularly in order to encourage contributors and others to also contribute.

Mr George Owusu, a pensioner, said the increment was a good one as it would enable him to attend to his needs.

Although the percentage could have been more, he said, it was better than nothing as no increment had been seen in a long while now.

Another pensioner, Mr Nana Kwasi Opoku said the agency could have done better but it was manageable as it would add a little to the monies they collected at the end of every month.

Likewise, a contributor, Bernard Aryee said he was excited because he would gradually become a pensioner, and stressed the need for more increment to be made so that he could enjoy more when he also became a pensioner.

Doris Amu, also a contributor said the increment had motivated her to effectively continue to contribute and called on people who were not yet contributors to get on board.

More than 67 per cent of the current 225,000 pensioners would enjoy more than 10 per cent increase in pension and the remaining who earn higher pension would enjoy a little below 10 per cent.

Director-General of SSNIT, Dr John Ofori-Tenkorang, when announcing the increment in Accra on Tuesday indicated that the increment was done in consultation with the National Pensions Regulatory Authority.

He explained that the new increment which was pegged in line with the projected inflation of 2022 of 9.6 per cent, was to improve the purchasing power and living conditions of pensioners.

Dr Ofori-Tenkorang said the increment was being implemented in a manner to help pensioners who received low pension to get more than 10 per cent increment.