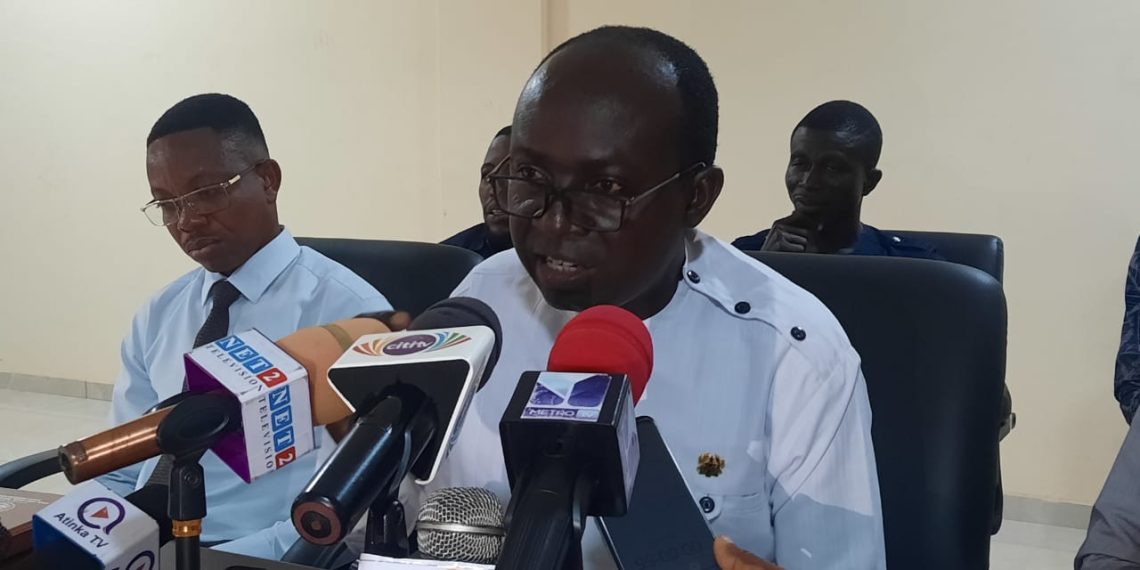 
Five persons suspected to be land guards are in the grips of the Gomoa Nyanyano District Police Command for harassing developers on their land.

The decision, the Assembly explained, was to bring lasting peace and security to the area while attracting more investors.

The District Chief Executive for the Assembly, Solomon Darko Quarm told Citi News the arrest is a win for the fight against activities of land guards.

“Not long ago, the Gomoa East Command banned the collection of digging fees on Gomoa lands. I got information that, the Command has arrested five persons who are harassing developers on their land posing as land guards. I am hoping that the five will be processed for court to answer charges.”

The decision by the Gomoa East District Assembly to ban land guard activities and the collection of digging fees within the district was arrived at after the District Security Council led by the District Chief Executive, Solomon Darko Quarm, met with traditional authorities on the issue.

According to the DCE, this will bring lasting peace and security to the area while attracting more investors.

Henceforth, digging fees among other payments will be incorporated into the payment of the land according to the Assembly.

The District Security Council of Gomoa East will engage the services of security personnel to engage in monitoring activities.