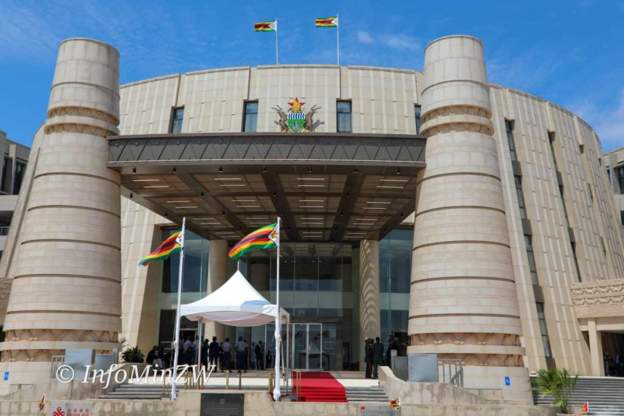 
Zimbabwe’s president Emmerson Mnangagwa has hailed the new parliament building gifted by China as a testimony of the strategic and comprehensive partnership.

He was presenting his state of the nation address at the opening of the fifth session of the ninth parliament – held for the first time in the recently completed multi-million dollar building.

President Mnangagwa arrived at the new parliament in a Rolls Royce to a gun salute, a fly past and guard of honour.

Much like the British colonial building it replaces, the impressive stone structure perched on a hill is symbolic of deepening ties with China, following strained relations with the West.

Designed, funded and built with a grant worth more than $100m (£83m), the entrance flanked by cone towers mimicking those at the ancient Great Zimbabwe city, is fronted by a massive sheet of water symbolising The Victoria Falls.

Inside, cave paintings by the San – an indigenous people of Southern Africa – adorn the House of Assembly’s ceiling.

But the economy is growing faster than the power supply.

The new session of parliament is expected to pass new provisions for holding crucial general elections next year and more controversially to tighten restrictions on civil society groups.