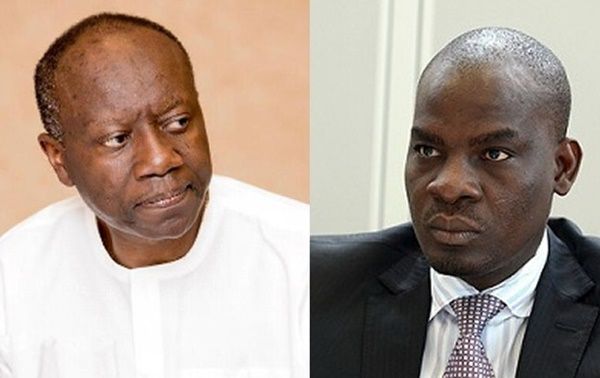 
The Minority in Parliament has been criticized for using “strong language” in their 5th grounds on which they want the Finance Minister to go.

The 5th grounds the Minority cited for the vote of censure is “Alarming incompetence and frightening ineptitude, resulting in the collapse of the Ghanaian economy and an excruciating cost of living crisis.”

“Hon Co-Chairs, these are very strong language. The choice of words for this part of the motion is worrying, especially as it relates to the functioning of the whole national economy. The truth is, considerable progress has been made under my tenure as Minister for Finance. Since 2017, we have competently managed the economy“.

Ken Ofori Atta who many have called to be axed following current economic crisis said he is not to be blamed for the hardship.

The current economic challenges in the country is not the outcome of mismanagement but we acknowledge the hardships Ghanaians are going through…even in these challenging times, we have not been rudderless. We made great strides before the pandemic…”

Even though he apologized for the hardships Ghanaians are going through, he said he is not supposed to be blamed.

“Let me use this opportunity to say to the Ghanaian people what I believe, with courage, every Finance Minister around the world may wish to say to his people now: I am truly sorry. When we set out so purposefully between 2017 and the early parts of 2020, we never imagined that a global pandemic such as Covid, with its prolonged economic fallout, would inflict such pain and suffering upon the Ghanaian people. The shock to our system has been hard and the impact on our livelihoods severe. But, we have not been resting on our oars. We continue to work to keep the lights on, to avoid the queues at our filling stations, our classrooms full, our hospitals and dispensaries mostly stocked with medicines, continue to pay salaries and our roads being built and fixed,” he added.