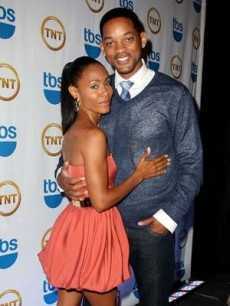 
Will Smith and Jada Pinkett put on a united front as they stepped out in public together for the first time since the Oscars slap — and hubby was leading the charge with a smile.

The couple was spotted leaving Nobu in Malibu Saturday afternoon, with what appeared to be handler trailing them. Will was ahead of Jada — wearing a casual outfit and a cap — who was following closely behind … apparently grabbing a hold of his shirt or pants.