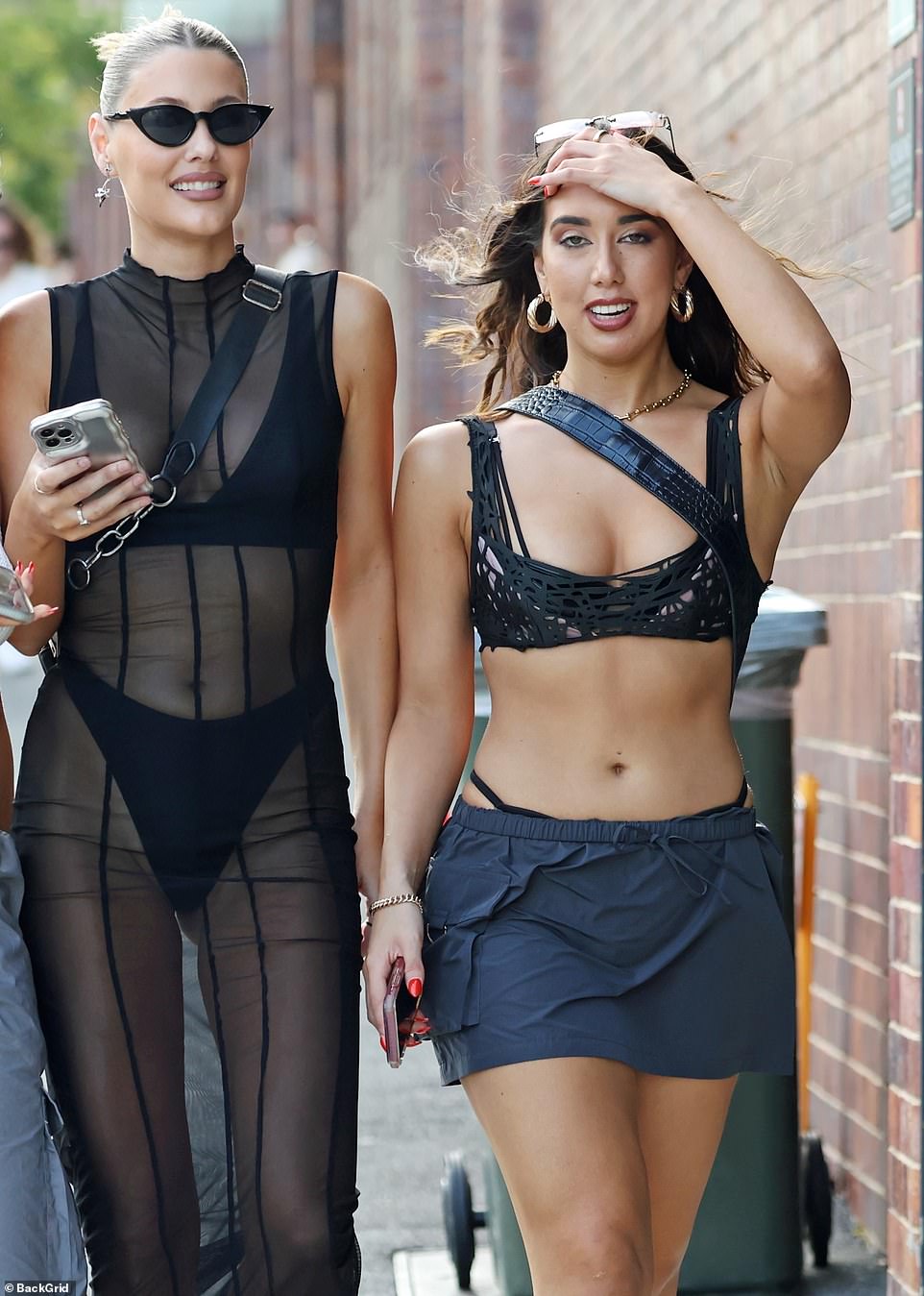 By Peter Vincent and Charlotte Karp For Daily Mail Australia

Thousands of glammed-up revellers flocked to Queensland‘s Wildlands music festival in warm weather to celebrate the first summer in three years with no Covid restrictions.

Grinning guests arrived at Brisbane Showgrounds at about 11am on Saturday dressed in a wide array of party outfits with glitter, tassels, neon, Mardi Gras-style angel wings and showing off a lot of skin.

How much mesh was used in the skirts on show varied wildly, but it was clearly a popular choice of outfit for a hot day in Brisbane

Over 25,000 exuberant revellers mostly twenty-something crowd, packed three stages for the over-18s event, dancing for 12 hours straight with the music winding up around 11pm.

Vibrant photographs from the day show festival-goers arriving dressed up and having fun with their friends before heading into the arena.

Organisers had urged punters in Brisbane to ‘unleash your Wild side’ before the gates opened. Many obliged by expressing themselves through their racy outfits.

A few revellers went for a more old school looks consisting of crop tops and cargo pants, camouflage and boots, baggy shorts or dresses and even denim, despite the severe heat in Brisbane.

Thankfully plenty wore headgear to protect from the sun, from bucket to wide-brimmed hats, headscarves and the ever-present baseball cap.

Brisbane was the final leg of the three-date Wildlands tour, after Perth on December 30 and Adelaide on January 2.

It was pitched by organisers as ‘a vibrant oasis filled with the biggest and most exciting dance, electronic and hip-hop acts from Australia and around the world’.

Although the event was a sell-out some people who bought tickets were unable to attend after catching Covid, so a steady trade in tickets was running beforehand online.

A few revellers went for a more old school looks consisting of crop tops and cargo pants, camouflage and boots, baggy shorts or dresses and even denim

Music festivals were one of the major casualties of an entertainment scene decimated by the pandemic, even though most are open-air.

That is because of the difficulties with artists touring, playing supporting shows and navigating restrictions on their crews.

With so much uncertainty around performances, crowds and revenues, the obvious response was to suspend the much-loved scene.