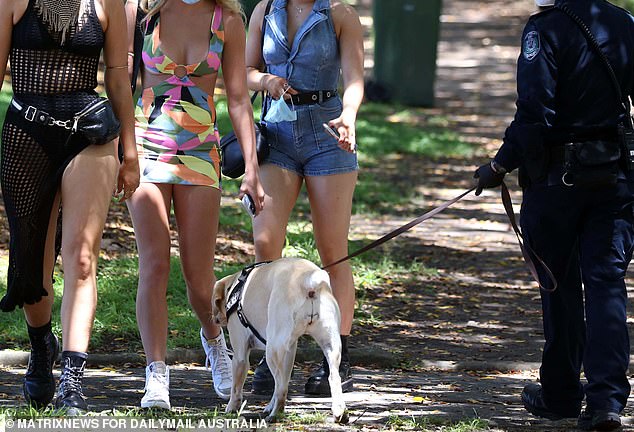 ‘Pill testing sends the wrong message to people about consuming illegal substances – there’s no such thing as a safe way to take these drugs and we don’t want to create a false sense of confidence that there is,’ Mr Toole told The Daily Telegraph.

‘Tragically, too many families are living with the consequences of people thinking there is.’

But he warned just because it wasn’t polluted with poisons, it  did not mean the drug was safe and that there have been ‘too many families living with the consequences’ of those who took the gamble.

The pills tested were seized across music festivals between 2019 and 2020 and showed a purity of as low as eight per cent of the drug it was sold as and as high as 88 per cent.

The median purity was around 74 per cent, according to the Combined Surveillance and Monitoring and Seized Substances report issued in December.

Six teenagers lost their lives at NSW music festivals between 2017 and 2019 connected to illicit drugs.

A subsequent inquiry into the tragic deaths of Alexandra Ross-King, 19, Nathan Tran, 18, Callum Brosnan, 19, Diana Nguyen, 21, Josh Tam, 22, and Joseph Pham, 23, recommended that pill testing be brought in by the government.

Other recommendations included phasing out the use of sniffer dogs, as it was argued they could lead to people taking pills they would otherwise have kept, and decriminalising the personal use – not sale – of some illicit substances.

Two people were arrested for drug supply, one of them allegedly carrying 50 ecstasy pills, and the rest for possession.

One of the drug supply charges was of a 22-year-old man allegedly found with 50 capsules of MDMA.