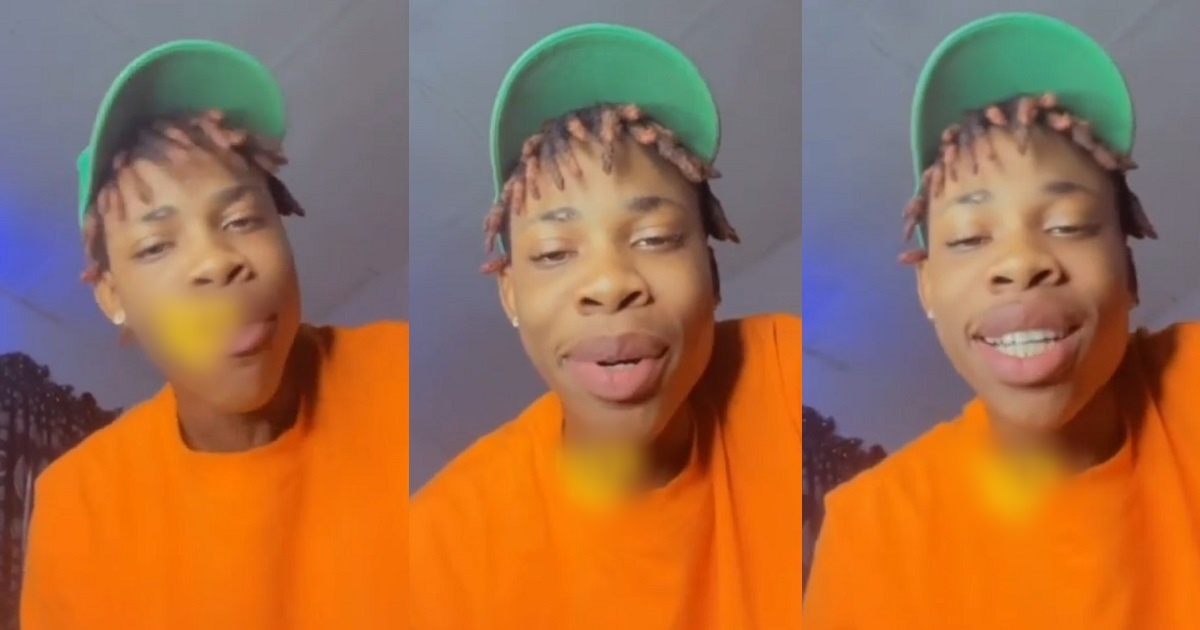 
A Nigerian man has revealed why it is important for him to collect the phone he bought for his girlfriend peradventure they break up.

Speaking in a video making rounds online, the young man said those who call men petty and childish for repossessing the phone or gifts they bought for a woman are not making a sound argument.

According to him, he would gladly retrieve the phone from his ex because he doesn’t want her to use it to chat and talk to her new partner.

Giving a scenario, the man said assuming he gifted his girlfriend an iPhone 12 Pro Max and their relationship eventually crashes, it would be foolish of him to leave the phone in her possession as she would use it to chat with other guys.

He added that the next guy that is interested in her should buy her a new phone, and if he can’t afford one, they would sort themselves out.

Watch him speak below…

In other news, a young woman has narrated how she found out that her boyfriend had an illicit relationship with her mother, which resulted in a pregnancy.

The young lady in a now viral clip said she was away on a vacation in Mexico when her mother broke the news of her pregnancy to her—she said she was excited to know she was getting a younger sibling, but her excitement was dashed when she learned the baby belonged to her boyfriend.