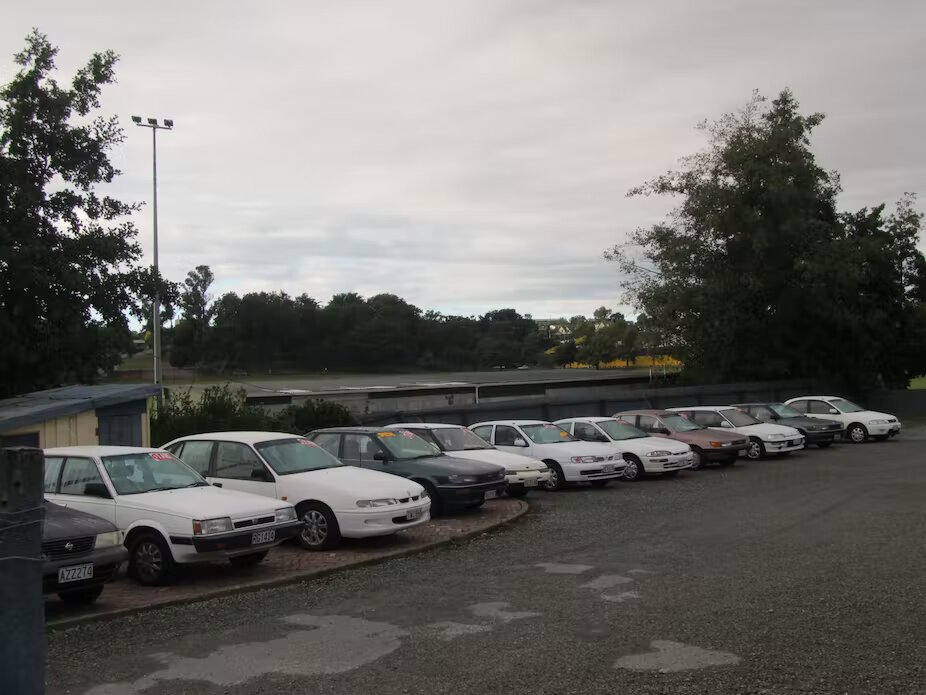 
The sale of electric cars is growing. Globally, some 2 million electric vehicles were sold in the first quarter of 2022 – 75% more than in the first three months of 2021. Most, though, are sold in high income countries.

Africa is already one of the main destinations for used vehicles. Between 2015 and 2018, the European Union, Japan, and the United States exported 14 million used vehicles worldwide. Forty percent of these went to African countries.

Used vehicles serve real needs in the continent by supporting mobility and generating livelihoods for millions of people, including mechanics, sprayers, and other garage operators. But they also contribute to its public health and environmental problems through crashes and pollution.

This is largely because the vehicles that are exported to African countries run mainly on fossil fuel and tend to be over-aged, highly polluting and prone to malfunctioning. Sometimes, modifications to these vehicles – such as the removal of catalytic converters to source precious metals – make them even more polluting.

Africa’s dependency on used vehicles is often attributed to low incomes and weak regulation. The cost of new vehicles and limited access to loans put new vehicles beyond the financial reach of the majority. Environmental and public health protection standards against used vehicle harms are weak and poorly enforced in many African countries. The cost of repairing old vehicles, too, is relatively low.

Together, these factors tend to elevate demand for used vehicles. And supply is ready because wealthy countries have stringent recycling policies. However, this is not the full picture.

Our recent paper explores Ghana’s dependence on used vehicles. We found that low incomes and poor regulation tell us only so much about it. This explanation also tends to limit the policy tools to bans and import restrictions. We argue that a more holistic view reveals more at play and opens up more policy options.

Ghana has revised some planning laws inherited from its colonial experience. Nevertheless, as with their counterparts in other African countries, the attitudes and practices of Ghanaian politicians and professionals around planning, transport and land use still reflect  colonial frameworks and mentalities.

These practices continue to promote the spatial separation of work and other activities like shopping for food far from home. This compels or encourages people to travel more. Road construction gets priority over public transport provision. Roads have huge political value in Ghana. Voters love roads, and constructing them generates great opportunities for kickbacks and profiteering.

These dynamics create incentives for investing ever more in roads. Indeed, the Ghanaian Ministry of Transport reports that over 80% of the government’s annual transport budget goes into road projects. Roads induce more spread-out land use – requiring more travel.

The roads are primarily designed for cars – they often lack pedestrian pathways, crossovers and bicycle lanes.

The construction of more and more roads, coupled with under-investment in public and non-motorised transport and the high social status attached to car ownership, encourages higher income individuals to import vehicles for their personal use.

The demand for private vehicles is easily met by importers focused on the cheaper used vehicles in abundant supply. Well-documented corruption in the Customs Service also undermines effective enforcement of regulations for importing used vehicles. Benefits accrue to powerful actors connected to the sector, and this is a very regressive approach.

The minibus (popularly called “tro-tro”) sector has stepped in to meet the high public transport demand. Some studies suggest that the sector serves about 60% of Ghana’s travelling public. The operators, however, remain highly fragmented and largely focused on individual short-term profits. Service improvements – like more efficient operations, fleet renewal or electrification – that require more capital are neglected.

The government of Ghana and its “development partners” direct their high quality bus investments into Bus Rapid Transit projects which do not always work as planned, leaving gaps. These conditions encourage the continuing purchase and use of second-hand minibuses, which are often poorly maintained and kept on the roads even as they get older and more dangerous. Their regular use means that large numbers of people are exposed to discomfort, air pollution, poor safety and other problems. Research shows that poor minibus (tro-tro) transport experience adds to the factors that push people towards used private car consumption in Ghana.

Big picture view of the problem

The options could include:

Overall, there is a need for policy shifts from just banning used vehicle imports, and building more and more expensive roads. A broader range of interventions exists that can shift Ghana and other countries away from automobile dependency and all the socio-environmental harms that this brings.

The authors do not work for, consult, own shares in or receive funding from any company or organisation that would benefit from this article, and have disclosed no relevant affiliations beyond their academic appointment.

This article is republished from The Conversation under a Creative Commons license. Read the original article.