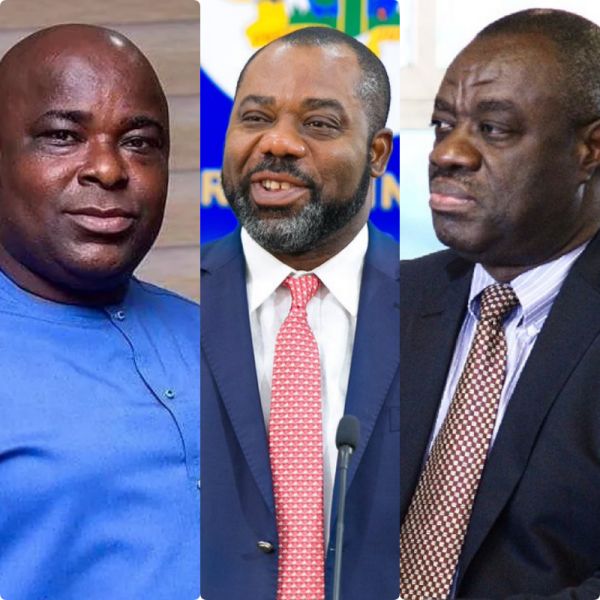 
The usual lobbying and jostling for position in politics when there is vacancy available has begun in earnest following the resignation of Alan Kwadwo Kyerematen as Minister of Trade.

Ideally, one would have expected the President to appoint one of his two Deputies, Michael Kofi Okyere Baafi who is also the Member of Parliament (MP) for New Juaben South or Herbert Krapa to take over, but that would take the approval of Parliament as provided by the Constitution.

That is what made him to appoint a caretaker Minister, in the person of Ken Ofori-Atta, the Minister of Finance to steer the affairs of the Ministry until a substantive Minister is appointed to help in the ongoing negotiations with the International Monetary Fund (IMF).

Even though some have asked why Ken Ofori-Atta and not any other Minister, insiders said its because he has almost all the details from the Ministry and the negotiations.

So far the names of Michael Okyere Baafi who is the Deputy Minister of Trade, that of Information Minister, Kojo Oppong Nkrumah, Tourism Minister, Mohammed Awal and Energy Minister, Dr Matthew Opoku Prempeh has come tops among the list of names making rounds as potential nominees for the position by the President.

Even though the name of Herbert Krapa who is also a Deputy Minister at the Ministry of Trade has come up, it has been short down on the premise of lack of experience.

Among the four names that has come up so far, sources say that of Michael Okyere Baafi is high on the cards considering the fact that he has learnt a lot in his position as Deputy Minister with strong links with industry players as someone who was former Chief Executive Officer (CEO) of the Ghana Free Zones Authority (GFZA).

That is partly because Oppong Nkrumah, Awal and Dr Opoku Prempeh are all substantive Ministers and performing creditably in their current portfolios.

The New Juaben South MP is also said to enjoy considerable support from the leadership of the party including the grassroots of the party and his colleague Members of Parliament, most of who are advocating for him to be elevated to the position of substantive Minister for Trade considering the rich experience he has gathered over the years and since becoming Deputy Trade Minister.

Meanwhile, the President is keeping his cards close to his chest, keeping Ghanaians guessing who he gets to nominate to replace Alan Kyeremanten who resigned to go and further his ambitions.