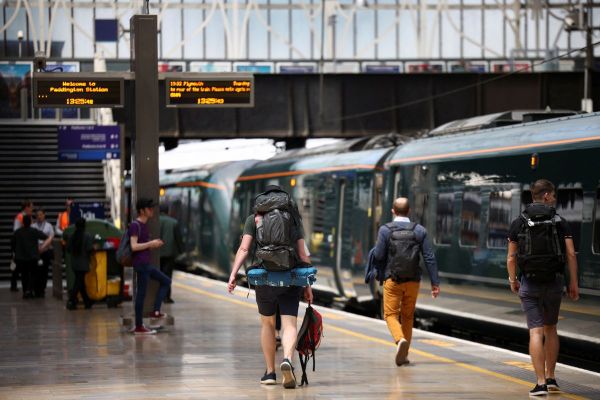 
Britain’s deputy prime minister Dominic Raab said on Wednesday that the government couldn’t allow “militant unions” to win over rail strikes, warning that their demands could lead to an inflationary spiral.

Over 40,000 rail staff walked out on the first day of Britain’s biggest rail strike in 30 years on Tuesday, as millions of passengers facing days more chaos.

“We can’t allow, I’m afraid, the unions, in this very militant way that they’ve proceeded, to win this argument because it will only hurt the poorest in our society,” Raab told Sky News.

“It is the lowest paid who suffer the most from strike action, and also if we get into this inflationary spiral that the union’s demands would lead to.”

Soaring food prices pushed British consumer price inflation to a new 40-year high last month of 9.1%, the highest rate out of the Group of Seven countries and underlining the severity of the cost-of-living crunch.