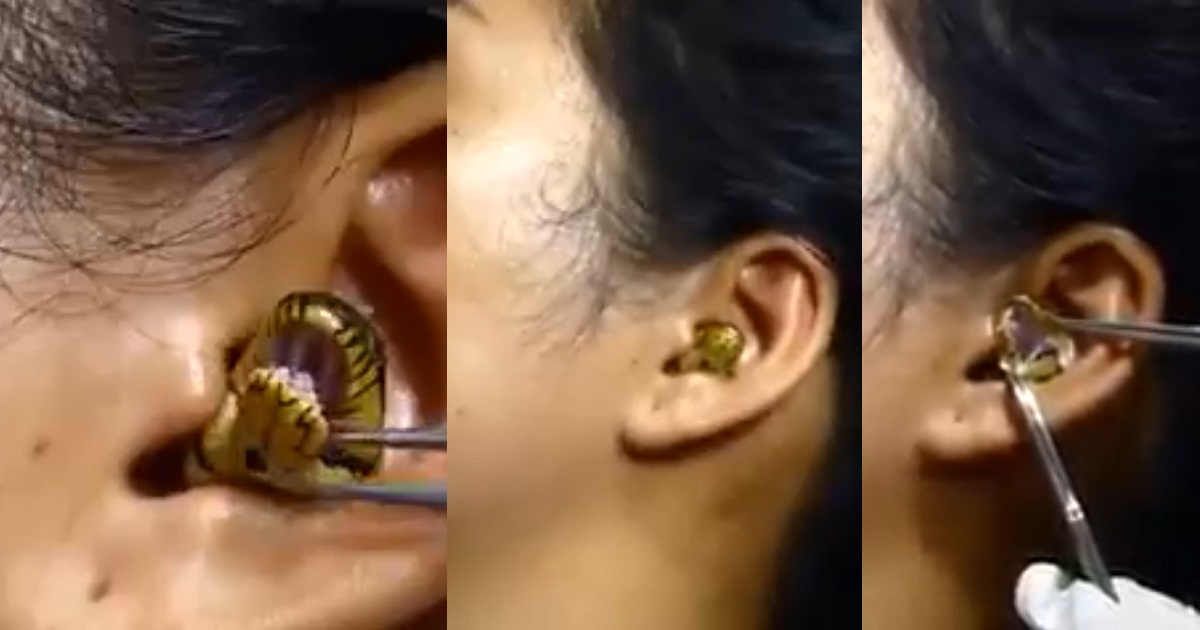 
A rather bizarre footage shows the moment a surgeon struggled as they tried to remove a live snake from a woman’s ear.

The video which has gone viral on social media after it was shared by an Indian-based star, has the caption, “The snake has gone in the ear,” as it was shared on Facebook.

From the video and reports that trailed, it is still quite foggy when or how the unfortunate event occurred.

In the nearly four-minute clip, an alleged medical practitioner is seen using tweezers in a desperate attempt to extract a black and yellow snake from the female patient’s ear.

The video ends without revealing whether or not the surgery was successful.

However, some viewers thought the clip was fake with one calling it “100% false” while another wondered how the snake managed to fit the rest of its body in the lady’s ear canal.

A skeptic thought it odd that the snake was poking out headfirst — as this would mean that it crawled in her ear and then turned around in such a confined space.