VIDEO: Efia Odo reveals the only condition that will make her get closer to Kwesi Arthur again 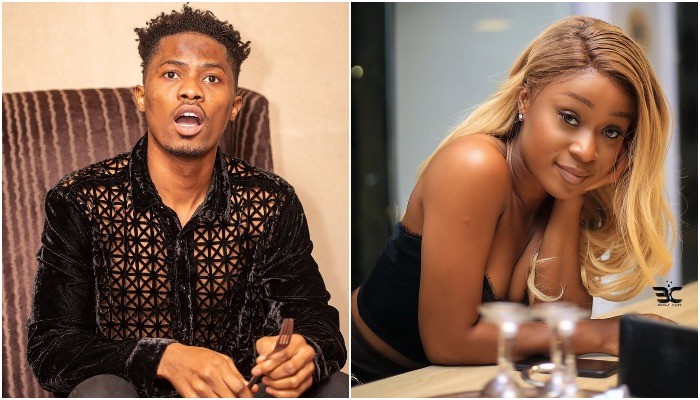 
Ever since Kwesi Arthur shared photos of her new girlfriend on the internet, Efia Odo hasn’t been herself and it seems she has launched an agenda to destroy the reputation of the rapper.

Recall that just a few days ago, Efia Odo publicly revealed in the course of an interview with Felicia Osei on ONUA FM that she’s no longer Kwesi Arthur’s biggest fan.

READ ALSO: VIDEO: Afia Schwar busted for allegedly lying about her brother’s death to extort money from her loved ones; Nana Tornado drops all the secrets

Show additionally disclosed that the ‘See No Evil’ now turns her off and doesn’t look attractive to her anymore.

When asked about the sudden twist in alliance with the musician, Efia Odo refused to open up about what happened between them behind closed doors which have forced her to develop intense hate and dislike for Kwesi Arthur.

In a new interview on GTV’s Breakfast show also, Efia Odo confirmed that she’s no longer friends with Kwesi Arthur.

She refused to good deep into their reported love affair and insisted they were just overly close to each other.

READ ALSO: Nana Addo intervenes in the dismissal of the 8 Chiana SHS 2 students who insulted him in viral video

Since they are no longer close friends and hold no form of relationship, Efia Odo says she’ll only get close to Kwesi Arthur only on the condition of a paid gig.

According to her, she won’t turn down an offer to be cast in any of the rapper’s music videos because it will put food on her table.

Efia Odo making Kwesi Arthur look like a horrible person with these interviews must stop.

Efia Odo is pained that Kwesi Arthur dumped her for another woman despite carrying his career on her head like a porter and being all over him on social media some months ago.

She doesn’t want to be trolled on the internet reason she has intentionally refused to reveal the pain Kwesi Arthur has caused her reason they parted ways.