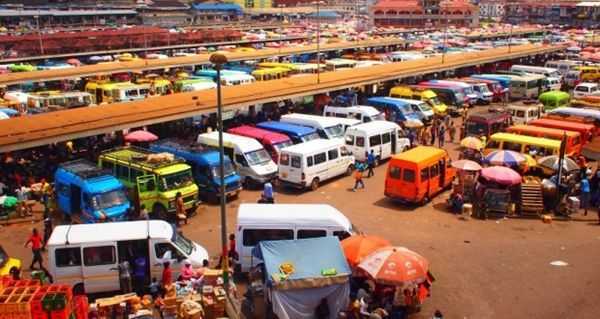 
Checks by the Ghanaian Times in Accra yesterday showed that while some transport operators adjusted transport fares upwards by about 20 per cent, others are yet to do the same as they were awaiting approval from their union leaders.

The situation comes off the back of an announcement by the Ghana Private Road Transport Union (GPRTU) to authorize the operators to review transport fares upwards.

Some transport operators and passengers in separate interviews with the Ghanaian Times at Circle either reported of about 20 per cent increment in fares or no increment.

Mr William Abaka, Vice Chairman, Biakoye Highways of the GPRTUat the Neoplan Station who confirmed the development, said the adjustment had become necessary due to rising fuel prices.

He explained that the operators had been hit hard consistently for some time now by high prices of petroleum products.

Mr Isaac Esilfi, a driver at the station lamented about the constant increase in fuel prices, adding that it was burdening their cost of living.

He said they had no alternative but to increase the fares so they could meet up the prices of fuel.

Another passenger who gave her name as Jemima Afutu said transport operators have been considerate, and that the government needed to as a matter of urgency come to the aid of Ghanaians as the hardship in the system was worsening.

As a dealer in plastics, she said she paid so much in transporting her wares and that affected her profits.

Another passenger, who gave her name as Ana noted that the fare fromAdenta to Circle which was GH¢5 was now GH¢6.50 while Teiman to Abokobi increased from GH¢1.70p to GH¢2.50p.

She said the situation took her by surprise when the conductor demanded the amount on her way to work.

Ms Ana said she vehemently resisted but later gave in because she just had to acknowledge the situation on the ground.

A passenger at the station who gave his name as Godwin Kedzlo stated that he had no cause to complain as he was aware of the current state of the economy and the hardships faced by all.

He said his was to only pay to avoid any misunderstandings because he was sure transport operators would not have adjusted the fares if prices of fuel were moderate.

Meanwhile, the Tiger and the Protoa Stations at Circle said they had not begun the adjustments as they were awaiting approval from their union leaders.

Chairman of the Tiger station, KwabenaDarko, who admitted that some other unions had begun the adjustments said the station’s leaders were still deliberating the issue.

He said immediately the nod was given, they would also go ahead with their adjustments

Joseph Moses, a driver at the Protoa station who similarly said they were sticking to their old fares despite the hike in fuel prices, stressed that the situation was a sad one as they could hardly take anything home.