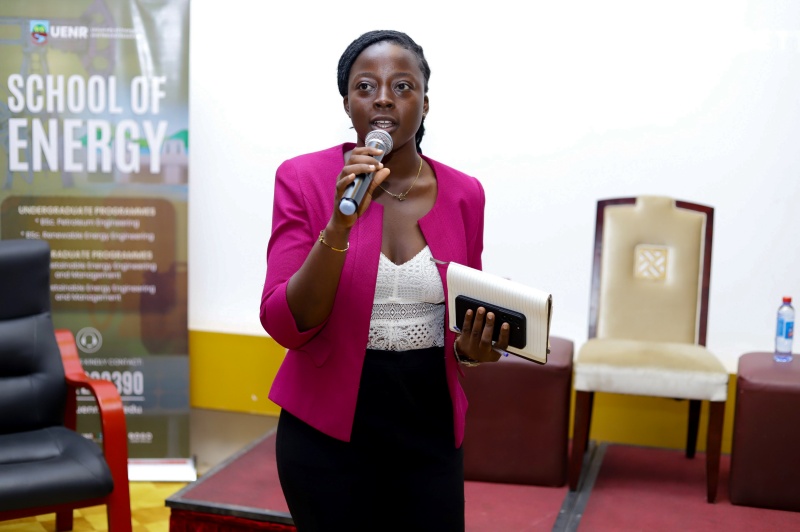 
Zoe Lois Poku, a final year Mechanical Engineering student at the University of Energy and Natural Resources in Sunyani, has been named Public Speaking champion in the just-ended World Universities Debate Championship in Belgrade.

Competing against public speakers from over 50 countries, Zoe Lois Poku’s topic of choice focused on her personal life and how she lost her big brother to over-speeding.

She came out first and was crowned the World Public Speaking champion at the WUDC finals in Belgrade on the 27th of July 2022.

The World Universities Debating Championships (WUDC) is the world’s biggest debating tournament, held annually, with teams representing universities from across the world.

In the 2022 edition of WUDC, about 743 speakers from across the world participated and saw Zoe Lois Poku compete against other public speakers in her category.

She currently stands as the first female in Ghana to be named world champion in public speaking.

This recent win, however, isn’t Zoe Lois Poku’s first, as she has grown to become a household name within African and Ghanaian debate spaces.

Her unflinching love for Public Speaking is one that has also earned her many accolades and laurels.

Her first appearance in competitive debating was in 2019 at the Ghana Universities Debate Championship. She didn’t bag any wins here.

It was Zoe’s second appearance at the Pan African Universities Debate Championship that same year, that she won the 2nd Runner-up position in Public Speaking at the Kwame Nkrumah University of Science and Technology.

In 2020, she debuted at the Korea World Universities Debate Championship, winning the hearts of many with her unique and strong voice. This saw her to the finals, emerging as 1st Runner-up.

Zoe Lois Poku’s relentless drive to succeed was finally rewarded in that same year when she won the PAUDC 2021 Public Speaking Championship.

Adumuah Place, the first office building at Appolonia City, is open and ready for its…