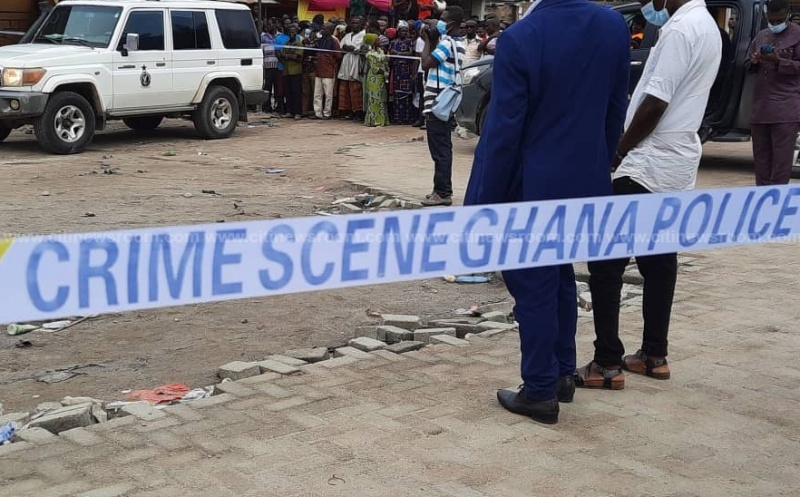 
Police in Adukrom have begun investigations into the cause of the death of two teenage girls at Okrakwadwo a community in the Akuapem North Municipality of the Eastern Region.

The bodies of the two teenage girls were found by the road on Tuesday dawn after the two allegedly left their homes to visit their boyfriends the previous night.

It is however unclear what caused their death, but the two who had sustained head injuries were rushed to the Hospital, where they were pronounced dead on arrival by medical professionals.

Akrasi Eric, an Okada rider who arrived at the scene shortly after their bodies were found, spoke to the media.

“We heard a loud noise from a Sprinter bus at dawn. The driver rushed to tell us that, he saw two female teenagers lying lifeless. Their heads were crushed, but their bodies were intact. I doubt if it was a car that knocked them down but no one knows what happened.”

Meanwhile, families of both teenage girls who are awaiting autopsy reports say they suspect foul play, attributing their claims to text messages seen on the phone of one of the victims retrieved at the scene.

Samuel Obiri is an uncle to one of the deceased teenage girls.

“We do not know what happened, we just heard about it and rushed to the hospital. They died upon reaching the hospital. We have reported to the police, but won’t believe any story that they were hit by a vehicle.”