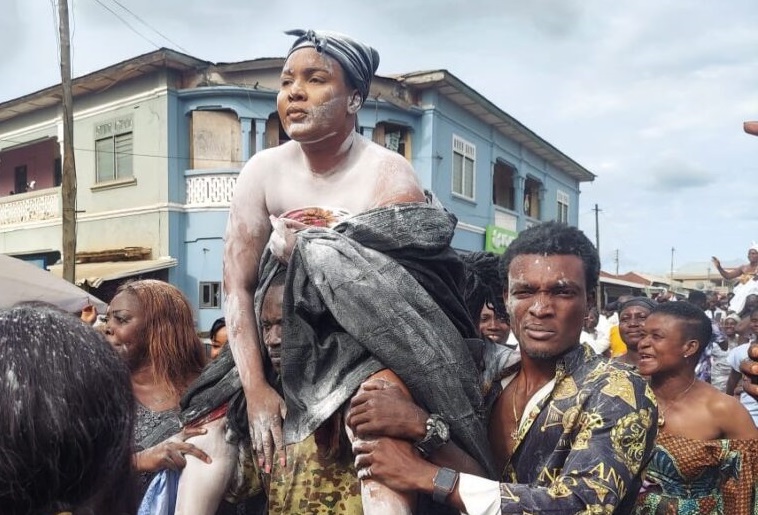 
Kumawood actress, Louisa Adinkra, who is now the Donpemhemaa of Dormaa Ahenkro, has revealed what she went through after she watched the remains of deceased actor, Osei Tutu.

Osei Tutu, a Kumawood actor, was laid to rest last weekend. A lot of his friends and colleagues in the industry were present at the funeral.

Louisa, who was also at the funeral, narrated her ordeal when speaking in an interview with ZionFelix.

As a queen mother, there is a customary practice she should have done before seeing the dead body, but she didn’t do it.

According to her, she faced serious consequences.

The Donpemhemaa said she struggled to talk and felt like she is having malaria after she watched the dead body.

She regained her strength after someone who knows the tradition performed a ritual for her.

Louisa Adinkra admitted that she has a lot to learn. She thanked the gods and the spirits after their forgiveness.

She said more in the video below.