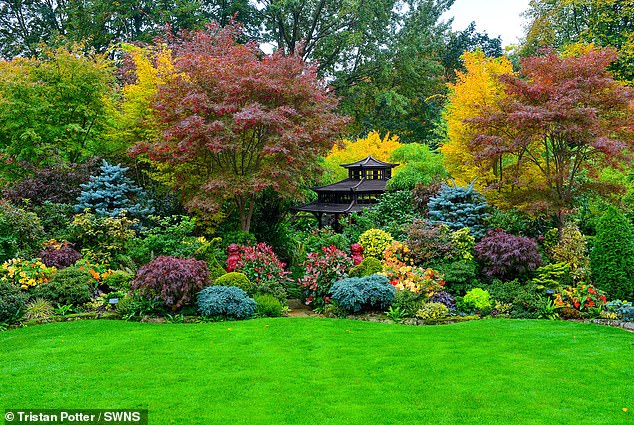 By David Jarvis For The Mail On Sunday

It is the quintessentially genteel British hobby featured in TV’s The Good Life – but many allotment-holders are in fact knee- deep in sabotage.

A study shows that one in five of them are so green with envy of their neighbours that they have stolen their tools and vandalised their plots.

A massive 90 per cent of offenders admit trampling on rivals’ vegetables and flowerbeds.

More than half, 54 per cent, said they were simply jealous of their better produce.

Dirty tactics also include pinching wheelbarrows and spades, plus seeds, wellington boots and watering cans, as well as apples, tomatoes and blueberries.

Tim Agnew, of betting site freebets.com, which quizzed 2,000 allotment-keepers, said: ‘We were truly shocked by the survey findings.’

Seventeen per cent of offenders have sprayed harmful chemicals on neighbouring patches.

One in ten have flooded a neighbour’s plot – and six per cent have urinated on it. Seventy-eight per cent have thrown weeds and invasive seeds on neighbouring plots.

YouTube gardener Joe Mills, 30, said his allotment was targeted by a rival envious of his success.

His lettuces, tomatoes, onions and potatoes were ruined after being doused in paint and varnish at Roeshot Hill allotment in Christchurch, Dorset.

His Digging For Dinner channel has 13,000 subscribers and Mr Mills believes his popularity led to the attack in July 2020.

He said: ‘Someone took it on themselves to completely sabotage all of my efforts to grow my own food.

‘It was obvious that it was a targeted attack and what they have done was to write me off for the year. It looks like someone doesn’t like me. ’

The survey shows growers in Bradford are the worst of the bunch with 26 per cent owning up to sabotage. Birmingham allotment-holders came second, with 23 per cent admitting dirty tricks, closely followed by London and Liverpool on 21 per cent.

Glasgow, Sunderland and Leicester growers came joint third on 20 per cent, followed by Bristol in fourth place on 19 per cent and Leeds on 18 per cent. Hull and Newcastle upon Tyne allotment-holders are the least villainous, with 16 per cent owning up to sabotage.

The desire for an allotment increased during the pandemic and has been amplified by the cost-of-living crisis. Typically it is a seven-year wait before being allocated a space but in some areas it can be double that.

Earlier this year, a survey by the National Allotment Society found 90 per cent of local authorities were reporting an increase in demand.

Mr Agnew, of freebets.com, said: ‘We had the misguided impression that allotments represented a genteel world of green-fingered enthusiasts. In fact, our survey shows that many are competitive and envious and appear to be up to all sorts of skulduggery.’