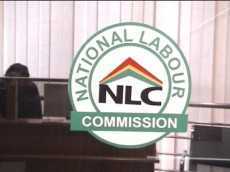 His lordship Justice Asuman Adu, a retired High Court Judge, is the Chairman of the Commission.

The President asked the members to be mindful of their responsibilities as enshrined in the Labour Act – to settle industrial disputes in the country.

He commended the Commission for efforts so far in handling the legitimate demand of labour in the face of economic challenges and assured of government’s continued support to the Commission.

“We are not in the best of times but Government will continue to support the Commission.”

On behalf of the members, Mrs Rose Karikari Annan, thanked the President for the honour.

She underscored the importance of industrial harmony to rapid socio-economic development and said they were poised to do that.