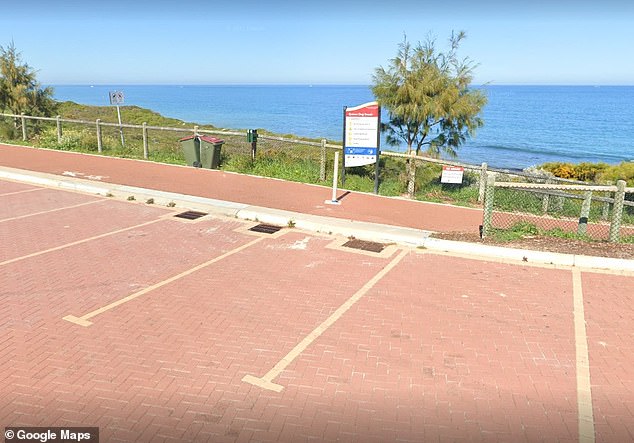 
Predator hiding in the bushes grabs a woman, 23, from a beach track and tries to drag her away

Police have launched a manhunt for a predator in a flannelette shirt who grabbed a 23-year-old woman during a walk along a beach track and tried to drag her into the bushes.

The Western Australian woman was walking alone near the Quinns Rock Dog Beach, north of Perth, just before 5pm on Monday when she was attacked.

The man, who was hiding in the bushes along the track, jumped out and grabbed the woman and attempted to pull her through the fence.

The 23-year-old managed to overpower her attacker and escaped with minor bruising and an injured shoulder.

Detectives are urging the public to help track down the predator who is believed to be about 30-years-old.

The wanted man is described as being of medium build, with fair skin and no facial hair and was wearing a red flannel shirt and a black baseball cap at the time of the attack.

Western Australian Police Detective Constable Brad Oates advised the public to remain ‘vigilant’ while walking around the coastal paths and are asking people with information to come forward.

‘There were people in the area at the exact time of the incident, these people are urged to come forward to police to assist with the investigation,’ Detective Oates said.

Police believe the attack was a crime of opportunity and have since seized forensic evidence and CCTV footage from the area.

Anyone who has footage of the area between 4.30 to 5.30pm or information relating to the incident is urged to contact police or Crime Stoppers on 1800 333 000.

The woman escaped with an injured shoulder and minor bruising. The man, who is believed to be around 30-years of age, has been described as having a medium build, fair skin and no facial hair. Police are urging anyone with information to come forward (STOCK IMAGE)