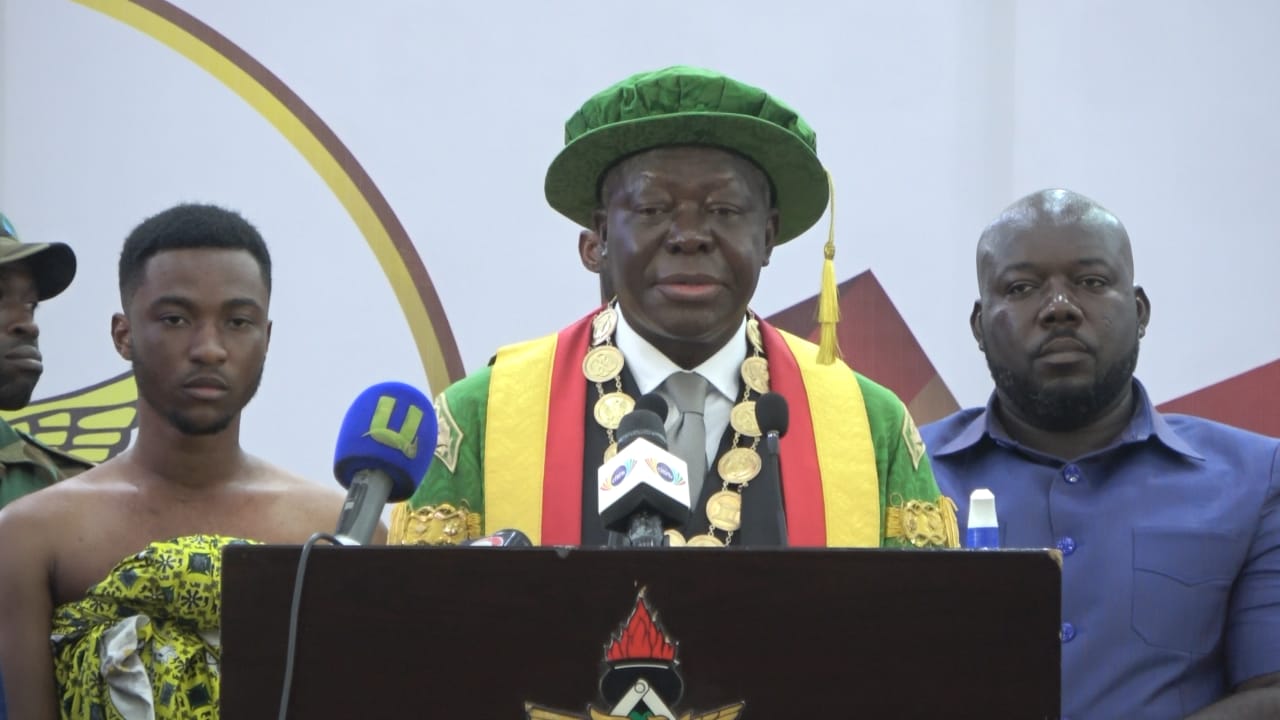 
The Chancellor of the Kwame Nkrumah University of Science and Technology (KNUST), Asantehene Otumfuo Osei Tutu II, has disclosed that information available to him indicates that the first phase of the KNUST Teaching Hospital project would be completed by October 2022.

This comes after the project which started during the erstwhile John Agyekum Kufuor era stalled for over a decade.

The Asantehene who doubles as the chancellor of KNUST on numerous occasions impressed on successive governments to ensure the early completion of the project.

On August 1, 2020, during the investiture of Prof. Rita Akosua Dickson as the Vice chancellor of KNUST where President Akufo-Addo was present, Otumfuo Osei Tutu II reiterated the call.

“The KNUST teaching hospital project which will facilitate the training of health professionals for the country has been under construction for 12 years and appears to be abandoned due to lack of funds.”

“I have written a series of letters to the Ministry of Finance and to the office of His Excellency the President, but it appears no action has since been taken.”

“KNUST has been very instrumental in the development of the country’s health systems and the completion of this facility will go a long way to contribute to the sustenance of such support,” the Asantehene said.

In response, President Akufo-Addo assured that the project will be completed soon.

He said the tenure of the new Vice-Chancellor “will be marked by the construction of the teaching hospital which is so dear to your heart and that of the Otumfuo Osei Tutu.”

Two years on, the Asantehene, speaking at the KNUST special congregation, has revealed that he is reliably informed that the first phase of the project would be completed by October 2022 since government has already resumed construction works on the project.

“The KNUST teaching hospital project is so dear to me that I do not get tired of talking about it. As you may recollect, the teaching hospital project got stalled for over a decade due to financial constraints. I pleaded with government to come to the aid of the University to complete the project, and the government heeded my plea and made funds available for the first phase of the project. As I speak, I am informed by the managers of the project that the first phase will be completed by October this year. What is gratifying about this project is that it will not only provide health care services but will also serve as a teaching, research, and training facility for health and allied professionals required for efficient health service delivery in the country and beyond”.

The Asantehene also commended the government for making necessary provisions for the commencement of phase two of the project.

“Once again, I would want to sincerely thank the President, His Excellency, Nana Addo Dankwa Akufo-Addo, in particular, for graciously heeding to my call for support. I would also like to thank the President and his government for making the necessary provisions for the second phase of the project in this year’s budget”.

Before resuming work, the project had stalled with the superstructure only partly completed, as the site was being taken over by weeds.

The project, which was being executed by the College of Architecture and Planning of KNUST, with funding from the University in collaboration with the Ghana Education Trust Fund (GETFund), at the cost of about $125 million, was expected to be completed in 6 years.

Covering a land area of some 71 acres, it was to, among other things, have a cardiothoracic and neurosurgical centre, diagnostic unit and laboratory, morgue, administration and Out-Patient-Department (OPD) block, wards, security post, effluent chambers as well as a laundry unit.