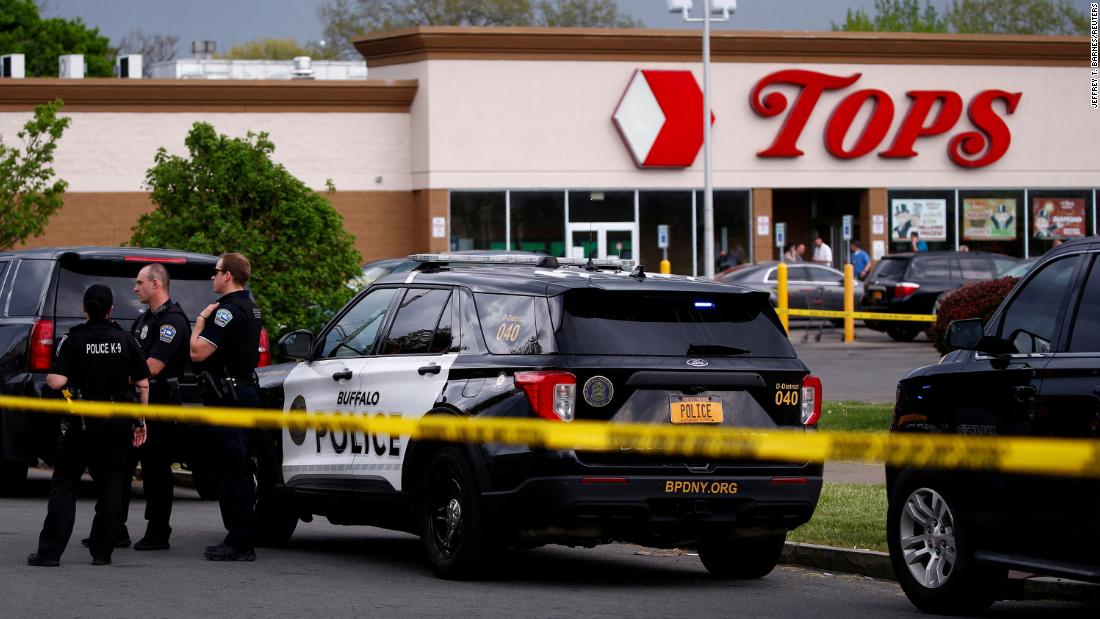 The bulletin comes several months after 10 people were killed in what authorities say was a racially motivated attack at the Tops Friendly Market on May 14.

Payton S. Gendron, 19, is accused of shooting 13 people, ages 20 to 86, at the supermarket, in the heart of a predominantly Black community. Eleven of the 13 were Black, including the 10 killed. Gendron, who was 18 at the time of the attack, is White.
Gendron pleaded not guilty last month to multiple federal hate crime charges carrying the potential of the death penalty and is in custody. He also pleaded not guilty in June to state criminal charges.
According to the bulletin, issued jointly by the Department of Homeland Security, Federal Bureau of Investigation and National Counterterrorism Center, the suspect extensively documented his pre-attack planning process and tactics in a 180-page document posted online and a 672-page online diary “intended to serve as a manual for future attackers.”

The 180-page document, which the bulletin calls a manifesto, includes a breakdown of weapons, ammunitions and gear considered in the planning of the attack and a cost-benefit analysis of using select materials, the bulletin says.

Approximately 100 pages of the document provide recommendations on specific tactics and procedures “intended to maximize casualties,” according to the bulletin.

Given the concern, the bulletin urges state and local authorities and the private sector to “promptly” report suspicious activities, asking them to be on the lookout for things such as increased circulation of the attacker’s guidance materials and unusual purchase of military-style tactical equipment.