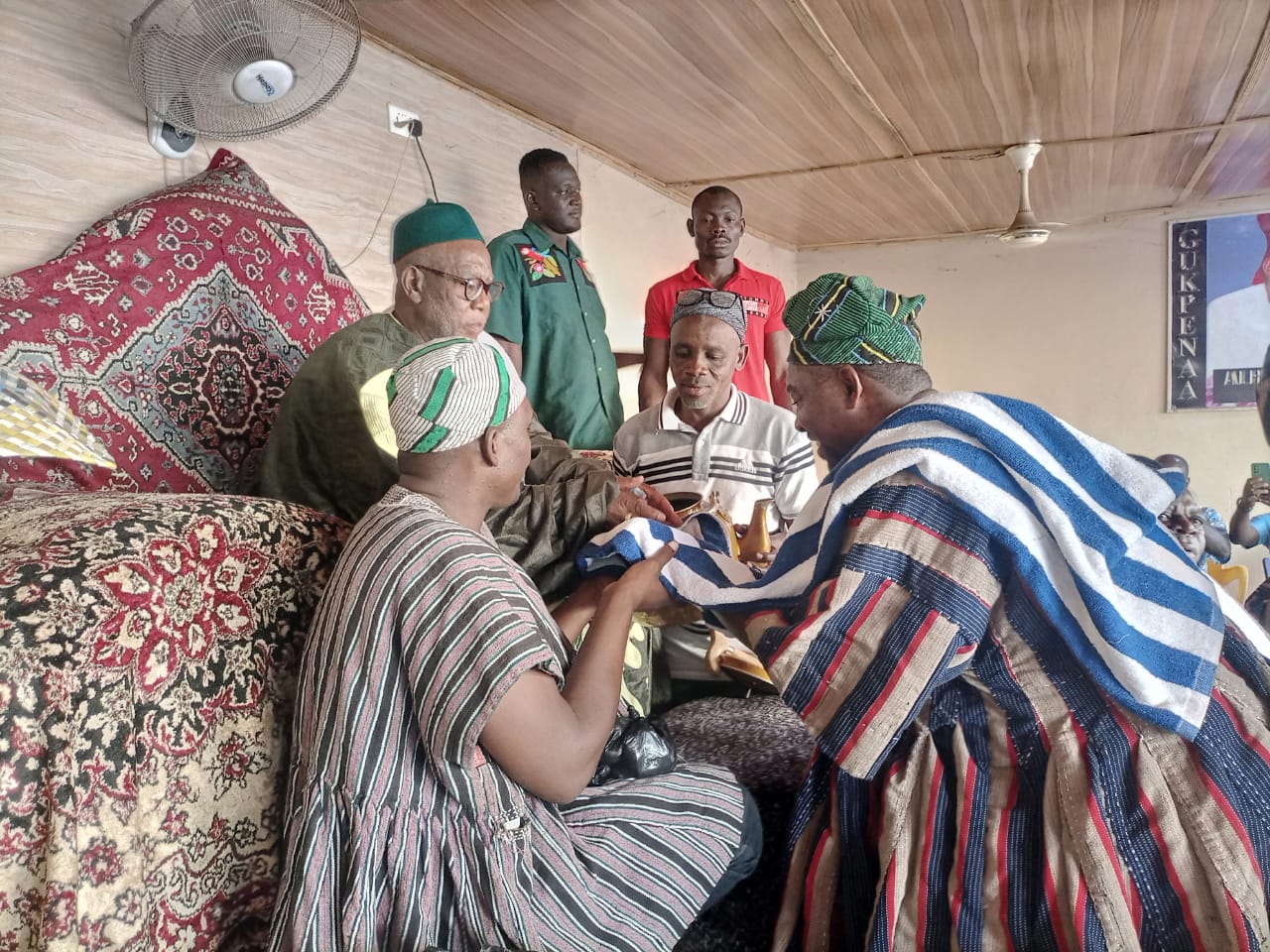 On behalf of the Overlord of Dagbon, the Gupke Naa, Abdulai Alhassan conferred the title on Dr. Bernard Okoe Boye at a colourful durbar in Tamale on December 3, 2022.

His role as Alaafe Bonzali Naa is to complement the efforts of the Yaa-Naa in promoting good health and environmental development.

The investiture was in recognition of the NHIA Boss’ stellar performance upon assumption of office.

Nyab Gukpe Naa Abdulai Alhassan praised Dr. Okoe Boye for his immense desire to ensure that all residents in Ghana and beyond are covered by the National Health Insurance Scheme.

The NHIA Governing Board, Executive Management and staff witnessed the ceremony which attracted a large crowd from the Tamale Metropolitan area at the precinct of the Gukpegu palace.

The newly enskinned Alaafe Bonzali Naa, Dr. Okoe Boye thanked the chiefs and people of Dagbon for the honor and promised to remain focused in the discharge of his duties.

Congratulatory messages have since been pouring in for Alaafe Bonzali Naa, Okoe Boye.