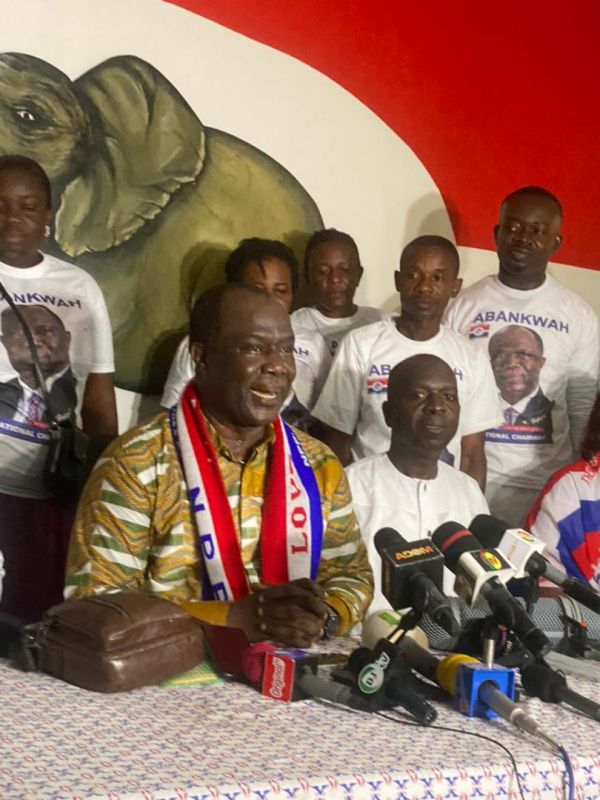 
Some aspirants for various national executive positions of the New Patriotic Party (NPP) defied the heavy rains in Accra yesterday to file their nominations at the party’s headquarters.
In the midst of the rains, market women sold paraphernalia of the NPP while supporters sang and danced to music to usher in their candidates to file their nominations.

All 52 aspirants who picked up nomination forms filed to contest in the July 15 to 17, 2022 elections which will be held at the Accra Stadium.

For the position of national vice chairman, 11 individuals filed to contest.

The NPP opened its nominations for various national positions on Monday, June 13 and closed the nominations yesterday.

Mr Asamoah Boateng said he believed the party needed a situational leader to solve the mirage of problems facing it, particularly at the polling and constituency levels.

“I am presenting myself to serve the foot soldiers of the party and to break the eight we have been talking about,” he added.

He also said he had a plan to address the internal matters of the party to face their main opponents the National Democratic Congress.

Mr Boadu was optimistic of being re-elected as General Secretary to work towards uniting the NPP.

“We have toiled to bring the party this far so it would be difficult for us to be part of any agenda to bring disunity,” he explained.

After filing his forms, Mr Iddrisu stated that his vision was to strengthen the party’s administration and make the party headquarters politically active by making members of the party central to its administration.

Mr Iddrisu further added that he sought to institute a clear activity plan which would produce a platform for need of assessment to prepare a solution plan for the party.

An aspirant for the National Organiser position, Bright Essilfie Kumi, in an interview, said he was focused on building a formidable party to help break the eight.

“Break the eight is just a slogan, it is not enough so we need to solve the party’s problems for the eight to break itself”, he said.