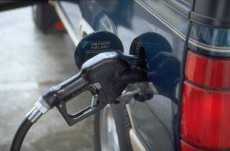 
The Bulk Oil Storage and Transportation Limited (BOST) has assured the public that there is no looming fuel shortage as speculated by some media publications.

A release issued by the company said estimates from the National Petroleum Authority (NPA) indicated that the total volumes of fuel available in-country as of September 20, 2022 was equivalent to 43 days of national demand and not 13 days as being bandied around.

It said out of the total quantity, BOST held what could last for 13 days while the Bulk Oil Distributing Companies (BDCs), together, are holding close to 30 days of national demand.

The company has, therefore, urged the public to disregard any publication attributed to its managing director that there was a looming fuel shortage.

“We have taken notice of a publication attributing a prediction of imminent fuel shortage in the country to our Managing Director, Edwin Alfred Provencal.

The allegation is unfounded, and we wish to dispel it,” the release said.

It noted that comments from its managing director on the strategic stocks of the country were misinterpreted to mean there was a looming fuel crisis.

Quoting what exactly the managing director said, the release stated “as we speak, there are no strategic stocks in storage. The strategic stocks levy was zeroed out in the year 2006. The fuel stocks in our tanks are financed through arrangements with financial institutions which require we sell within a reasonable time to avoid refinancing.

“Instead of the expected minimum of six weeks of national demand in storage as per the second mandate, BOST currently has stocks which can only last 13 days in the event no further imports of products are carried.”

“At any material moment, the total quantities of product available in the country, thus across all tank farms as tracked by the National Petroleum Authority, includes BOST stocks and stocks of private BDCs,” the release explained.

It said the media publications on an impending fuel crisis was, therefore, misleading.

“It equates BOST stocks to total product stocks available in-country and concludes that there is imminent danger of product shortage,” the release added.