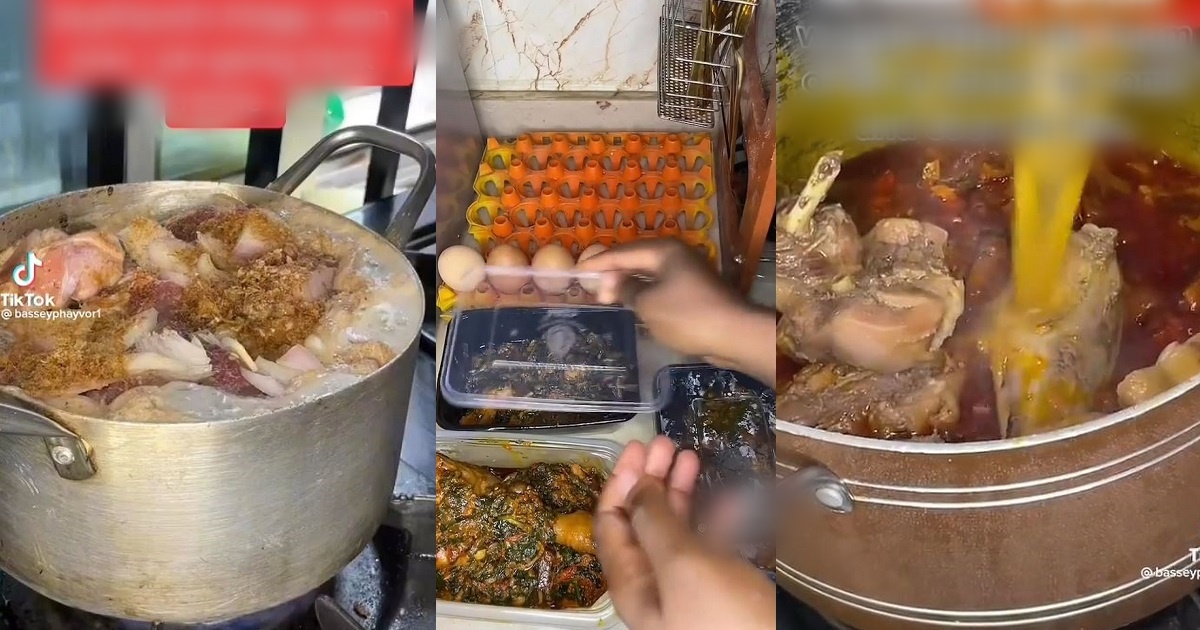 
A Nigerian lady has shared the measures she takes to prevent other women from coming to her boyfriend’s house to cook for him when she’s not around.

In a viral clip, the lover girl identified as @basseyphayvor revealed she stocks her man’s fridge with a variety of delicacies to avoid other women coming up with the excuse to cook for him when she’s not around.

In the video she shared on social media, she cooked different native soups, like efo riro, which she put in plastic bowls and stored in her boyfriend’s fridge.

She claims that since her boyfriend has more than enough to eat, this will stop ladies other than her boyfriend’s mother or sister from cooking for him at home.

“Made him eforiri and native stew. at least there would be no excuse for another woman except his mum or sis of cause, to come and cook for him.”

In other news, a man has taken to Twitter to solicit advice for his friend whose wife started misbehaving after relocating to the UK with him.

According to the man identified as @iMotivateAfrica on Twitter, his friend dated his wife for four years before they got married in July 2021, and then relocated abroad a month after.

He said the plan was for his friend to focus on his studies in the UK, while his wife work and provide for their family.

However, things escalated in the first quarter of 2022 when the wife started acting strangely, keeping late nights and reneged on her financial responsibility.

The man said his friend is currently at a crossroad because he does not have money to complete his school fee payment.

Share. Facebook Twitter Pinterest LinkedIn Tumblr Email
Previous ArticleKing Charles III waves to crowds as he heads to Buckingham Palace
Next Article “Life is not about what you own, but the people you have blessed” – Actress, Patience Ozokwo shares life lesson as she celebrates 64th birthday