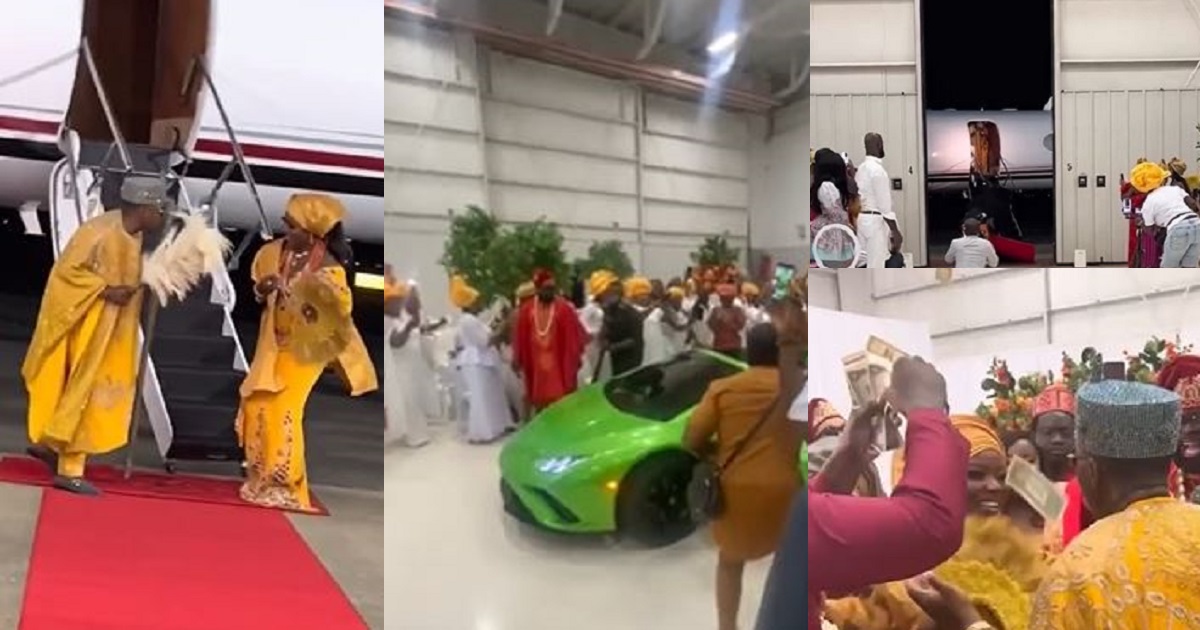 
A Nigerian couple have set the internet buzzing after a video from their luxurious, grand wedding ceremony found its way to the internet.

The bride and groom made a spectacular entry when they arrived in a private jet and drove into the reception venue in a green Lamborghini in the now viral clip.

When their jet landed at the airstrip, there was a lot of excitement and pomp from the guests who were already waiting to welcome them.

In another part of the video, as the couple thrilled guests with different dancing steps, the groom and his friends made money rain.

Wads of cash came from every direction, until it covered the entire floor and served as a carpet for the dancing couple and guests.

In other news, a man has taken to social media to lament after his wife breached their agreement that she’d not earn more than him.

The man sought advice in an online relationship counseling platform as he revealed that his wife had been a housewife and they had all been living together happily.

However, she began hinting her desire to go back to further her studies.

The man stated that he had agreed but had given her the sole condition that she’d not earn more than him.

However, after his wife completed her education, she got a job and was promoted twice, and began earning twice his salary.