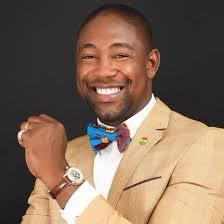 
The National Health Insurance Authority (NHIA) has encouraged private insurers to intensify their efforts in registering a considerable portion of the insurance market in Ghana.

Chief Executive Officer of the National Health Insurance Authority, Dr. Bernard Okoe Boye at the 5th Ghana Insurance Awards on August 26, 2022, stated the authority had registered about 15 million active persons out of 30 million of the country’s population, challenging private industry players to seize the opportunity to do same.

“As we speak, the National Health Insurance Authority has about 15 million people who are active, and we have a population of 30 million, meaning there is a big opportunity to register close to 13.5 million people on private insurance. I would like to urge those in the private space to push harder”.

He added there was nothing like competition in the insurance space and added that what matters was that every citizen was insured.

“We don’t see private insurers as competitors, we are allies in the space. Whether you are privately insured or publicly insured, the good news is that you are insured and that is what interests us as an agency of the government”.