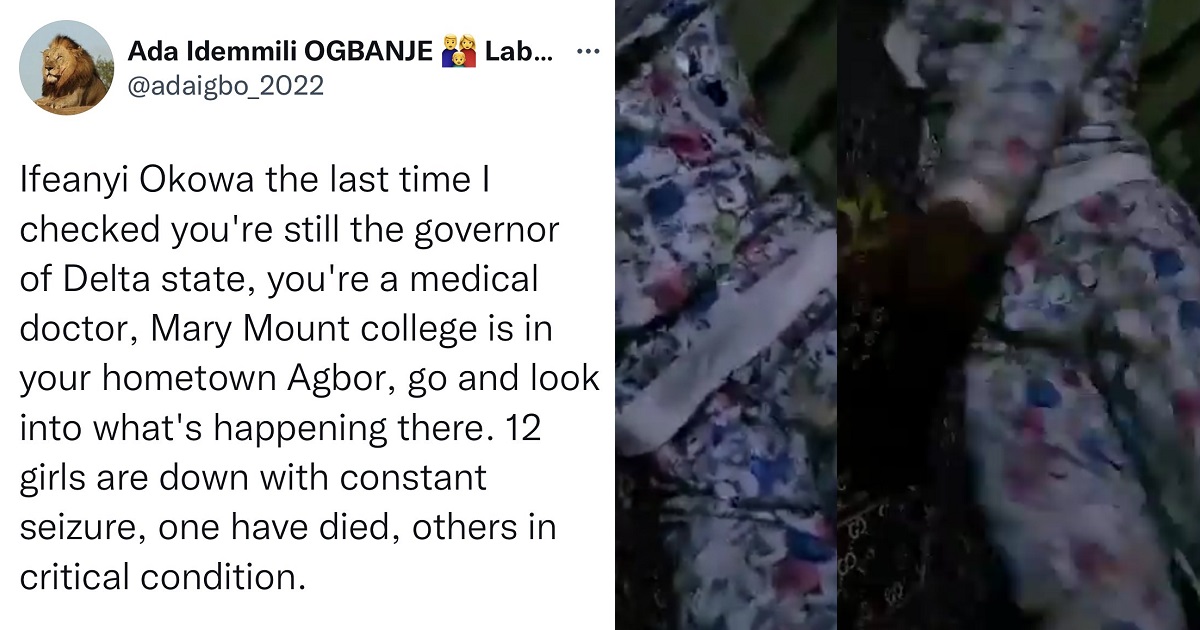 
A trending video on micro-blogging website, Twitter, shows the moment a young girl suffered incessant seizures and it has now raised cause for alarm.

According to reports, the girl was perfectly healthy but one day, herself and 10 other students of the Mary Mount Girls College, Agbor Delta State developed sudden seizures and it has even led to the death of one of the school girls.

A Netizen identified as Ada Idemmili shared the on her page and wrote;

This video is a perfectly healthy 13yrs old girl sent to Mary Mount Girls College Agbor. Until one day,she and 10 other students developed this nonstop seizure,one is late now.I urge Delta state ministry of Health and WHO to release the test result conducted on them.

Below is the video she shared;

In earlier tweets, Ada had also called on the State Governor, Ifeanyi Okowa to look into the issue.

I suspect that the gas plant beside Mary Mount College Agbor might be the cause of this seizure, the doctors are pointing out Chemical poisoning. 😭😭🥺🥺 This is heartbreaking to watch your child jerking non stop. I hope the government of Delta state will do something.

Ifeanyi Okowa the last time I checked you’re still the governor of Delta state, you’re a medical doctor, Mary Mount college is in your hometown Agbor, go and look into what’s happening there. 12 girls are down with constant seizure, one have died, others in critical condition.

On the 15th of July, another Twitter user with had written ;

She was having seizures, body jecks
She was taken to the hospital and was placed under medication