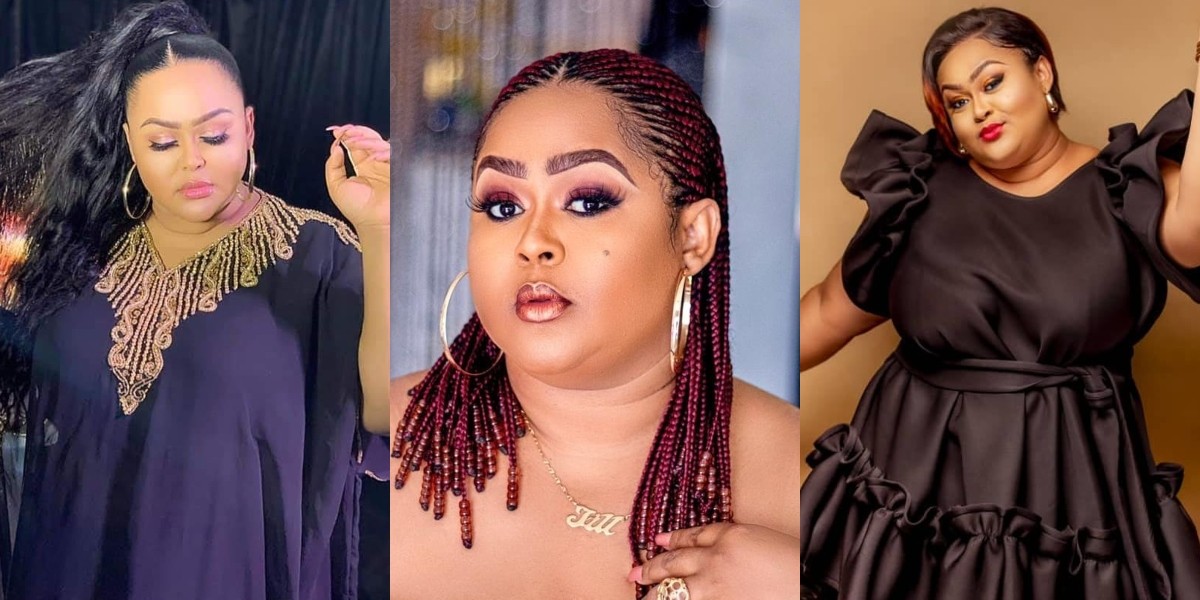 
Vivian Jill Lawrence has recounted the sad story leading to the death of her first love, Mr Harry Prempeh.

The actress fell in love with Mr Prempeh in her teens.

Speaking in an interview with Kwaku Manu on Aggressive, Vivian Jill revealed Mr Prepeh was bedridden for years before he died.

This was after he had a car accident.

“I was young when I met the father of my son, Clinton. We were in a relationship but not married. When he got injured, I stood by his side, a lot of people didn’t understand why I did that. Some nurses at the Okomfo Anokye Hospital called my mother to inform her that I was too young to be caring for a patient. They told her that even married women divorce their husbands when they become bedridden at the hospital.

“At that time, I was so in love with him and also I felt sorry for him… Harry came to live in my mother’s house for more than 8 years… I just wanted him to be taken care of although he had a family. I just wanted a sound mind to do my job,” she disclosed.

READ ALSO: I Bought Mosquito Repellent With My Own Money And Sprayed The Entire National Theatre Auditorium Before My Guests Could Enter To Watch My Play – Fiifi Coleman

The popular actress also talked about how the deceased treated her before he sadly died.

“When I met Harry, I fell in love. It wasn’t about sex or anything, I was just pleased with everything about him. The people in Ashtown can testify that ‘the love was there’. Up to date, I still feel the same when I look at his pictures, how I wish he was still alive… I was a school girl when I meet him. He looked handsome and to me, he had money and got me provisions and other things.

“His friends who are now living abroad ‘don’t joke with me’ because I stood on my feet to take care of him… I am still hurt because if he hadn’t gotten injured, some people wouldn’t have had the audacity to say certain things… He wanted me to move on with my life and have more children,” she added.

After having a second child, Alfie, Vivian is yet to reveal the identity of her new partner.

See a photo of Vivian’s deceased partner below.

Both universities announced their intentions to swap conferences in separate statements on Thursday. The Pac-12…